Most of the non-contrastive methods are based on information theory. For example: Redundancy reduction ( Barlow Twins ) and Information. They don’t require special architectures or engineering techniques.

The loss function is pushing:

This method prevents trivial solution by quantizing the embedding space. SwAV does the following: 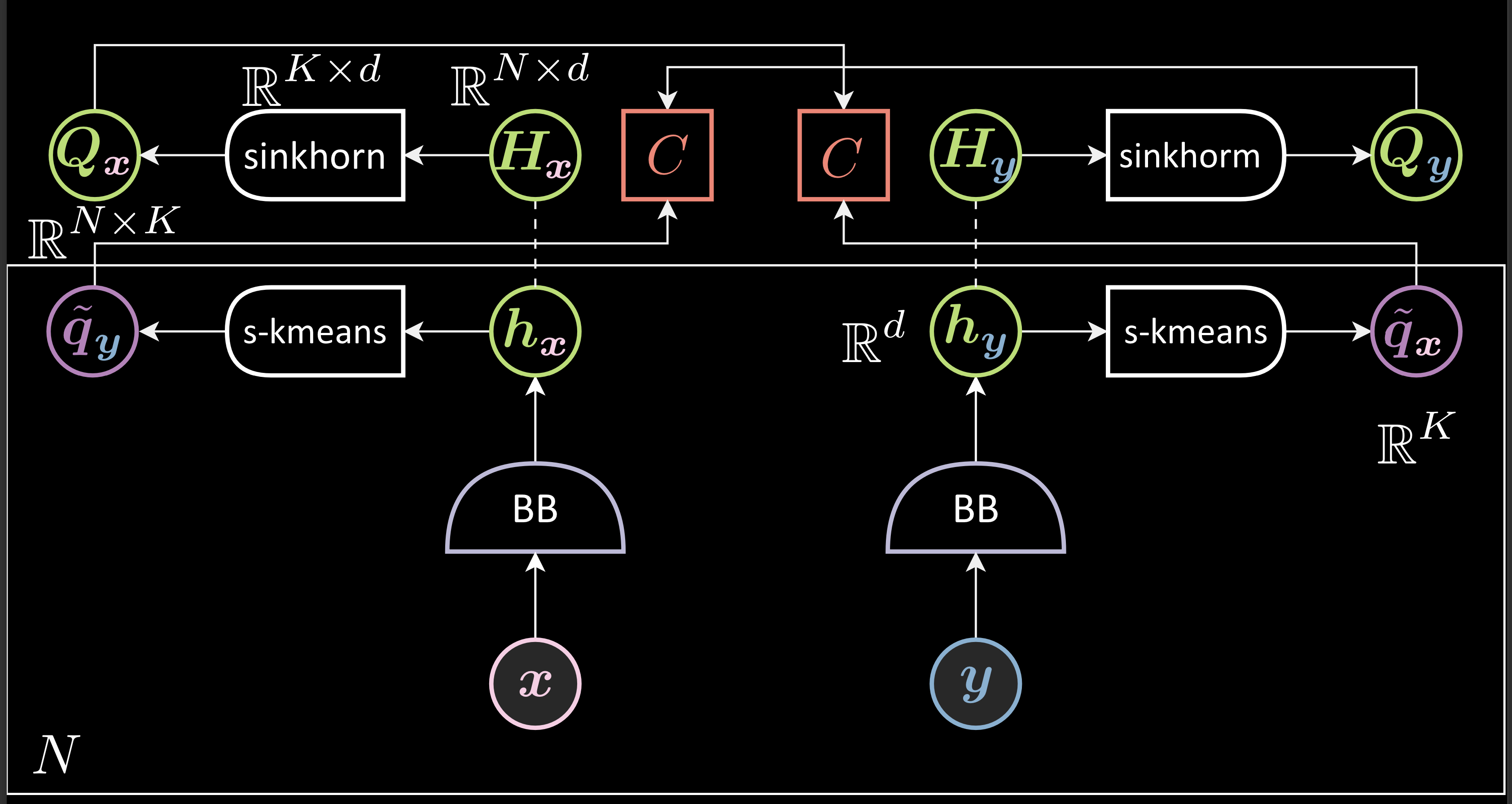 This method partitions latent space into a few clusters automatically without labels and the hope is that these clusters will be related to the actual classes. Thus, later, we would just need a few labeled data samples to assign each cluster to the corresponding label under supervised learning.

Instead of pushing the pairs closer to each other, you push both the representations to be inside the same cluster.

The loss function for all the previous methods including contrasting methods needs a batch or pool of negative samples, thus creating problems with distributed training. However, the loss functions of these methods are local. These methods perform well but an understanding of why they don’t collapse is not yet available. Probably there’s some implicit regularization happening in these networks to prevent them from converging to a trivial solution.

The two softargmax components used have different coldness or temperature. The energy function is the cross entropy between these two, pushing them together. Even this method doesn’t enforce anything on negative samples.

Adds a layer norm at the end of the representation.

Initialization of the network:

We can further improve these models by experimenting with data augmentation and network architecture. We don’t have a good understanding of these but they are very important. In fact, finding good augmentation may boost more performance than changing the loss function.

Most dominant augmentations were proposed by simCLR and improved a little bit by BYOL:

It has been found empirically that random crop is the most critical one. It might be because the random crop is the only we can change the spatial information about the images. Flip does the same partly but is weak. Color jitter and gaussian blur change channels.

Recently people are moving towards masking augmentation instead of traditional augmentation in which we mask out most ( ~75% in the below image ) of the patches. It can replace random crop since it’s another way to remove the redundancy of the spatial information 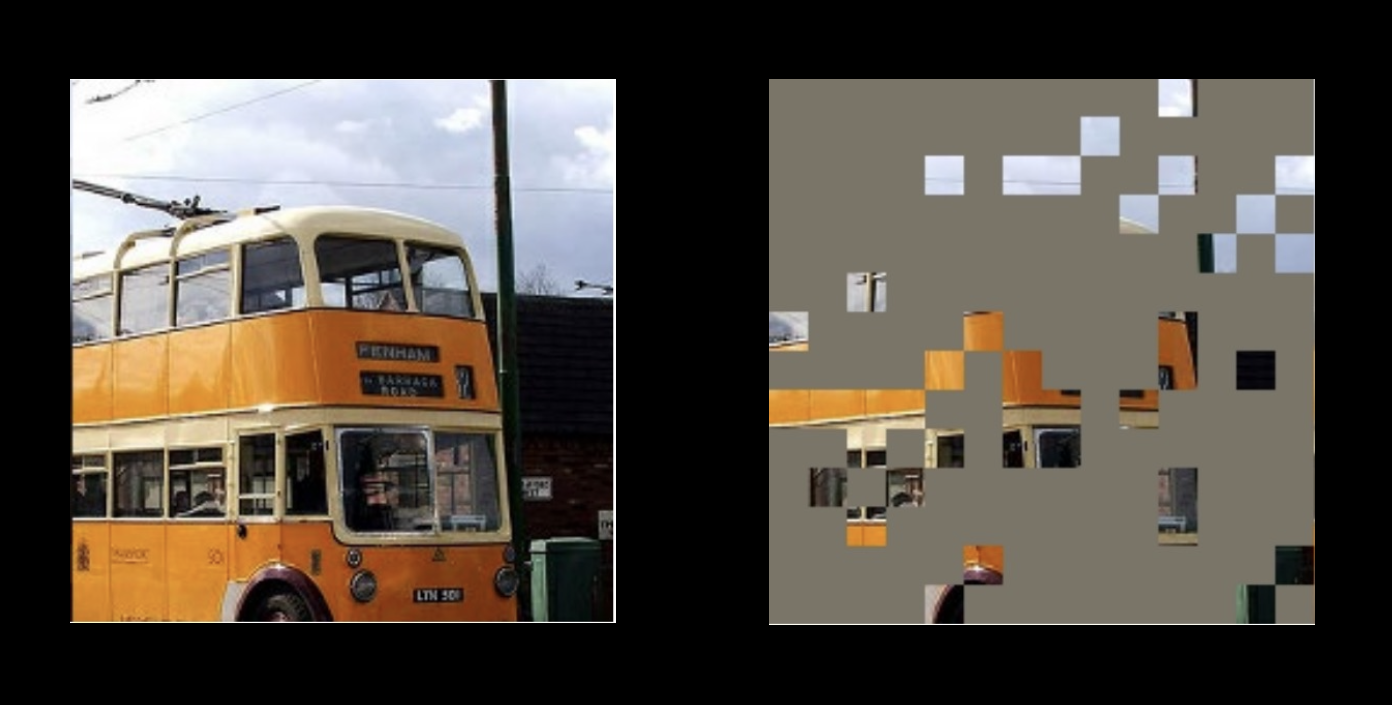 It is a two/three-layer feed-forward neural network and empirical results show that it is always better to add this in the network architecture.

Even without a memory bank, a momentum encoder usually helps the performance of the downstream tasks, especially with weak data augmentation. 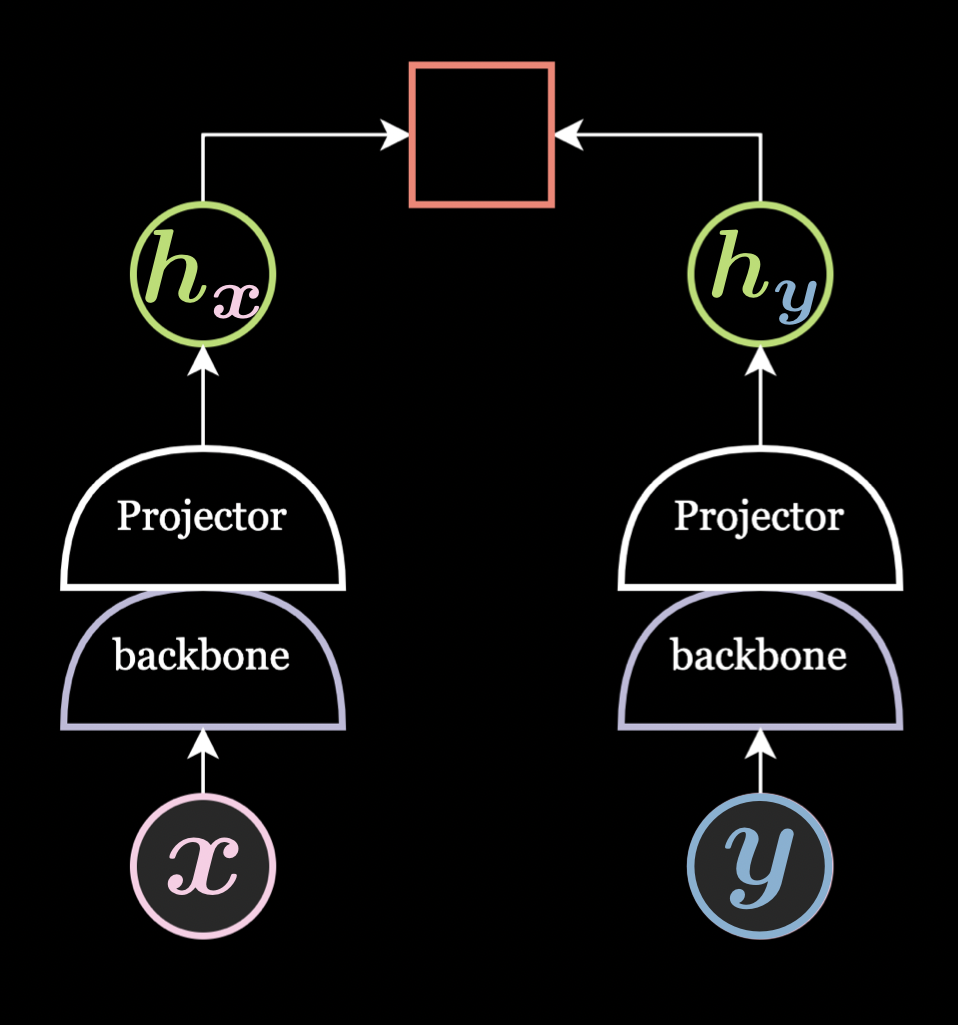