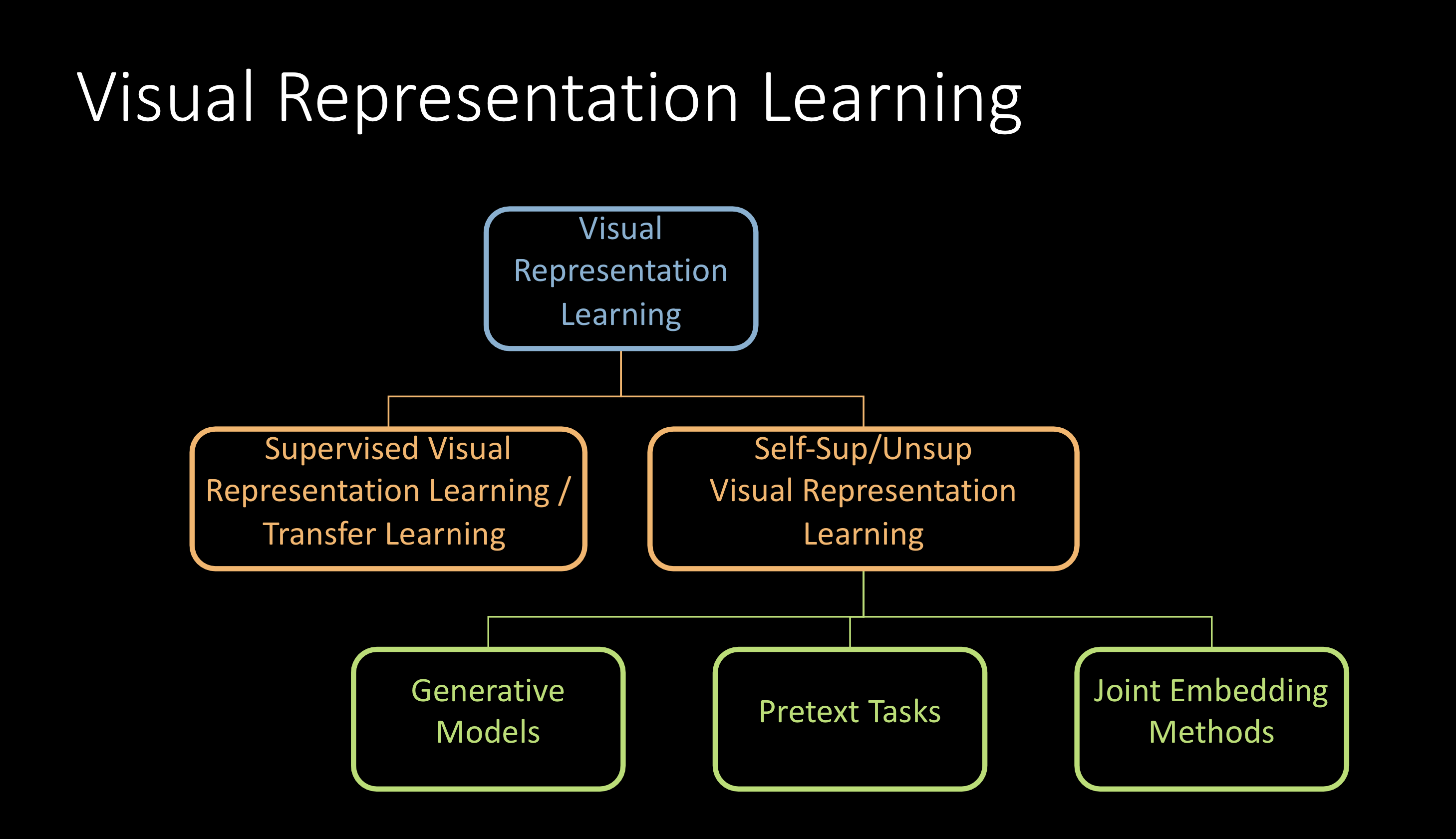 This can be broadly classified as shown above and the focus of the lecture would be on self-supervised visual representation learning.

It is a two stage process comprising pretraining and evaluation

It can be performed in two ways: feature extraction and finetuning. Both these methods generate representation from ​​the image and then use it to train DsTH ( Downstream Task Head ). The learning of the downstream task would thus be in the representation space instead of the image space. The only difference between the two methods is the stop gradient before the encoder. In finetuning, we can change the encoder unlike in feature extraction. 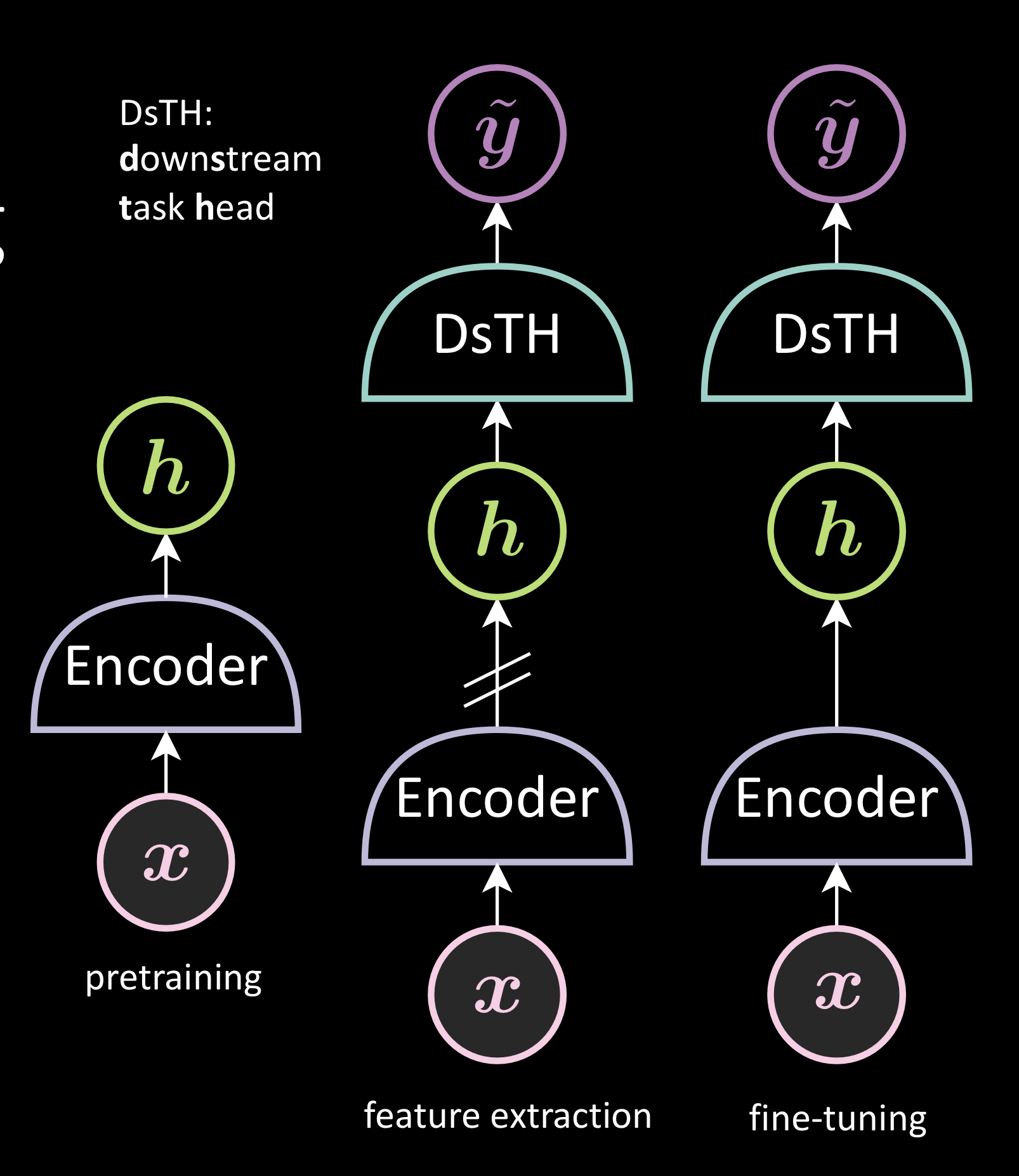 The popular one is the denoising autoencoder. You train the model to reconstruct the original image from the noisy image. After the training, we retain the encoder for the downstream task.

The model tries to solve a problem that is too hard. For example: For a lot of downstream tasks, you don’t have to reconstruct the image, which is a tougher problem than the downstream task itself. Also, sometimes the loss function is not good enough. For example: the Euclidean distance used as a reconstruction loss metric isn’t a good metric for comparing the similarity between two images. 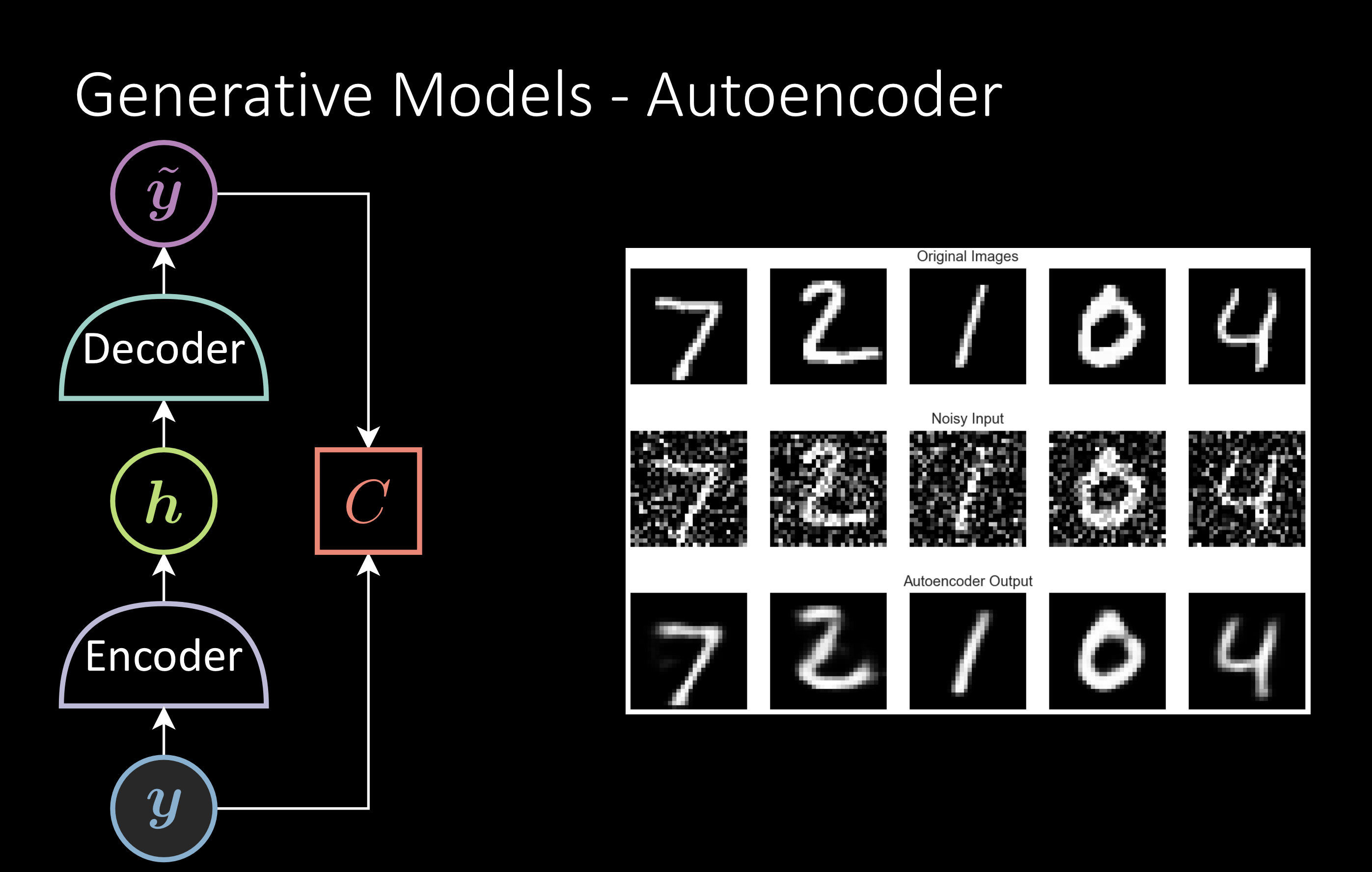 It’s almost the same as above but you train the model to figure out a smart way to generate pseudo labels. For example: Given the image of a tiger, the shuffled image is the input x, and the output y would be the correct way of labeling the patches. The network successfully reinventing the patches indicates that it understands the image. 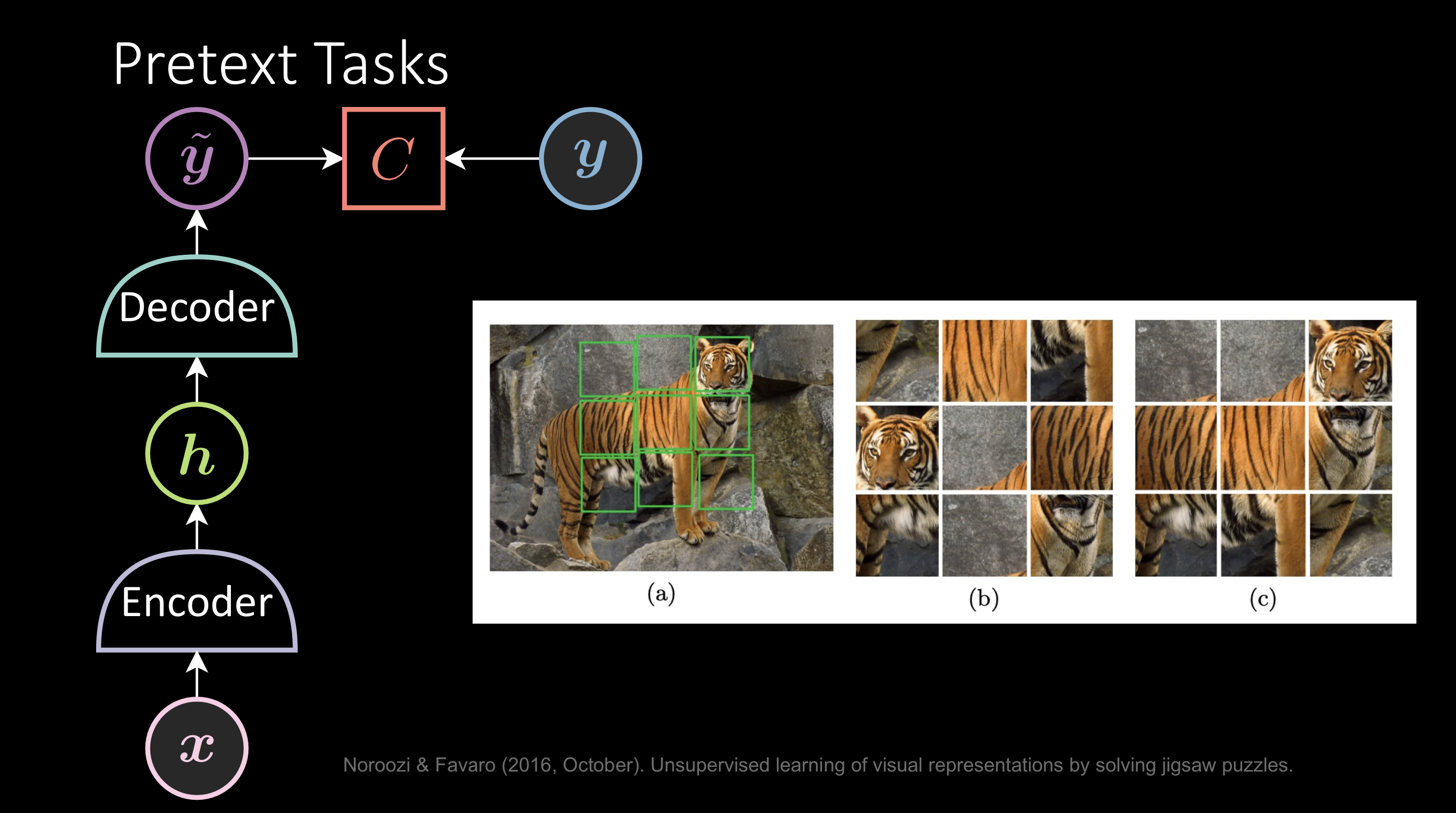 Joint Embedding methods try to make their backbone network robust to certain distortions and are invariant to data augmentation.

As an example, as shown in the image below, for an image of a dog, you take two distorted versions of the image, then encode them with your backbone network to generate representations and you make them to be close to each other. Thus, ensuring the two images share some semantic information. 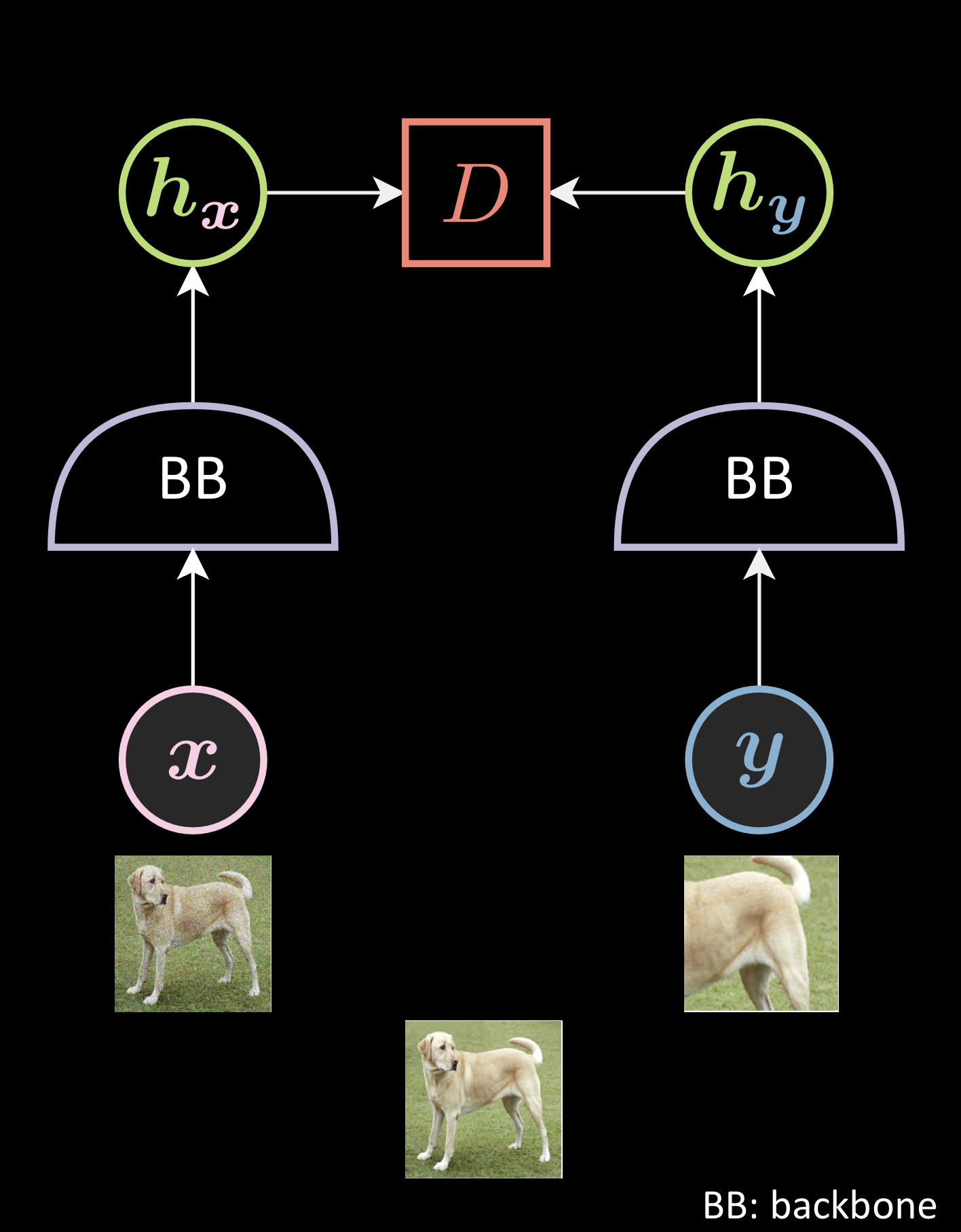 They also prevent trivial solutions. The network could collapse with just the above condition, as the network can become invariant not only to distortions but to the input altogether i.e., irrespective of the input, it could generate the same output. JEMs try to prevent this trivial solution in different ways.

Instead of considering only local energy ( between two pairs of distorted images ), these methods get a batch of the images and ensure that the collection of the representation, $\green{H}_{\vx}$, doesn’t have the same rows or columns. ( which is the trivial solution ) 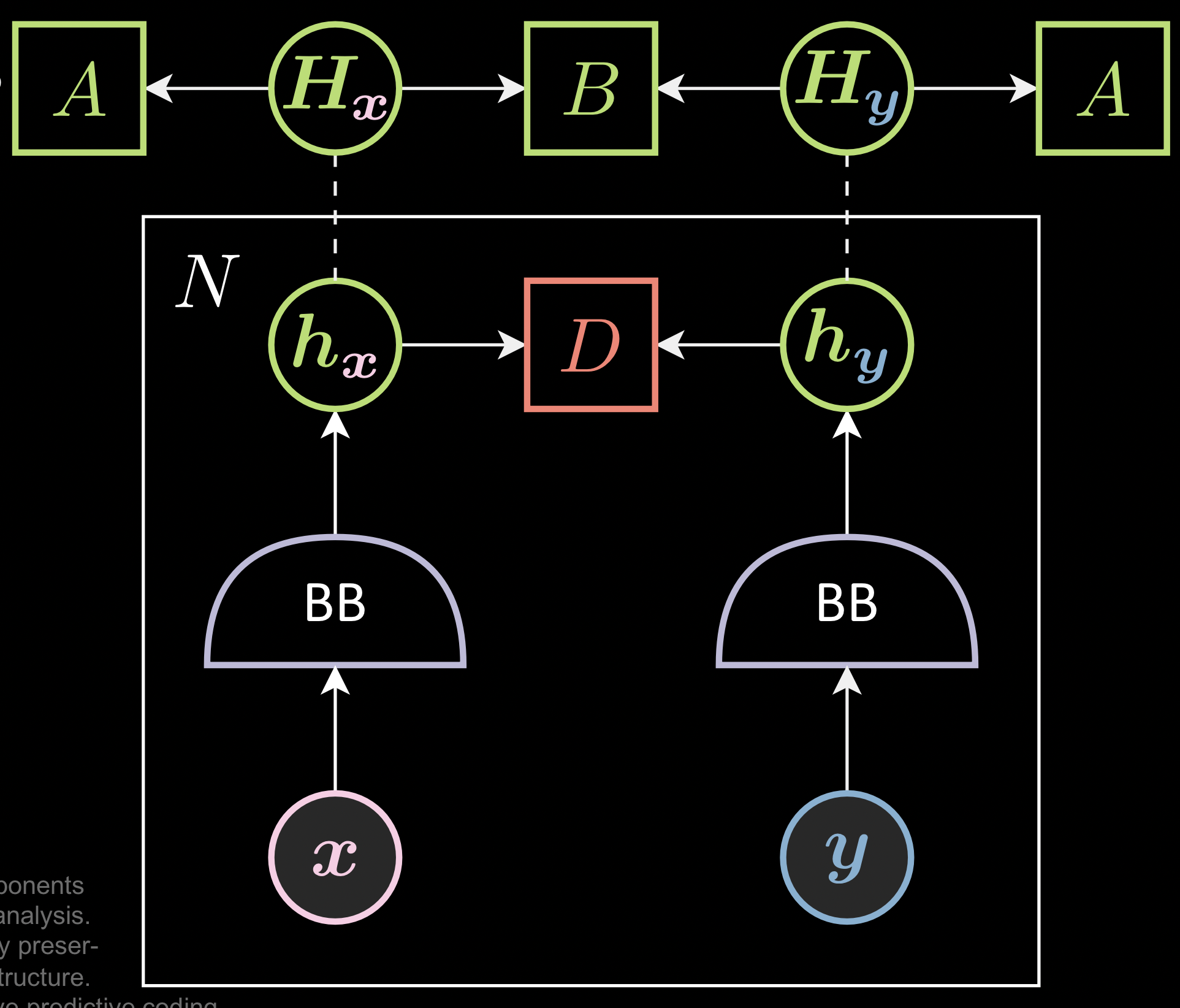 Every Joint Embedding Method has the following components:

To make the training stable, people usually normalize the embeddings or put a hinge on the loss function to prevent the norm of embeddings from becoming too large or too small

The training methods can be further classified into the following four types:

We now go into the details of each of these methods

The first term indicates the similarity between positive pairs and the second term is the softmax between all the negative pairs. We would like to minimize this whole function.

Notice that it gives different weights to different negative samples. The negative pair that has high similarity is pushed much harder than the negative pair with low similarity because there’s a softmax. Also, the similarity measurement here is the inner product between the two representations, and to prevent the gradient explosion, the norm is normalized. Thus, even if the vector grew long, the term ensures that it is a unit vector. 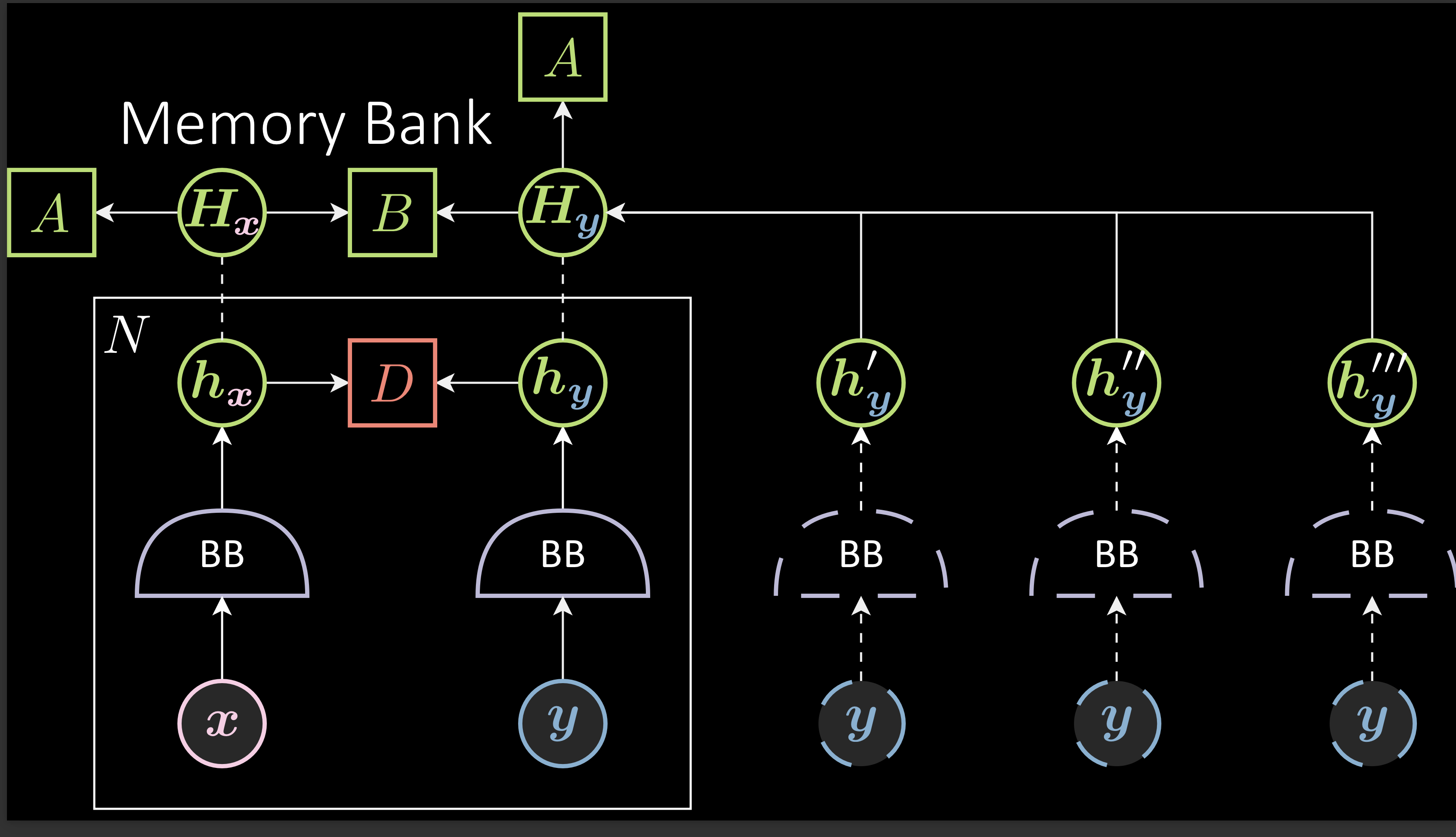 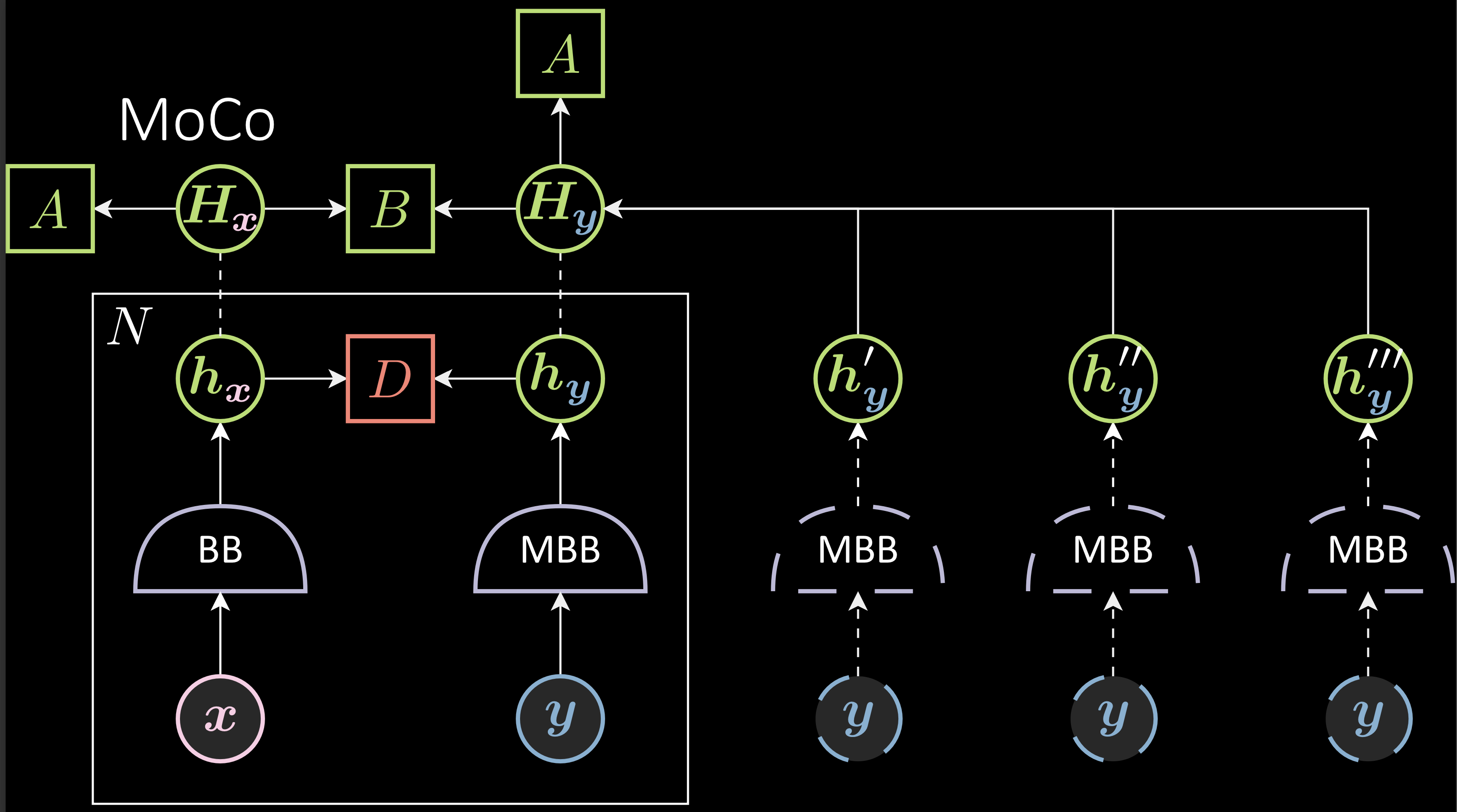 In practice, people found out that contrastive methods need a lot of setup to make them work. They require techniques such as weight sharing between the branches, batch normalization, feature-wise normalization, output quantization, stop gradient, memory banks etc.,.This makes it hard to analyze. Also, they are not stable without the use of those techniques.