Self Supervised Learning in Computer Vision

The current focus in Computer Vision lies in learning of visual representation from supervised data and using these representations/model weights as initializations for other tasks which lack availability of labelled data. Labelling data can be expensive, for instance, the Imagenet dataset has ~14 million images and 22,000 categories taking ~22 human years to label.

What is missing from pretext tasks?

There is a fairly big mismatch between what is being solved in the pretext tasks and what needs to be achieved by the transfer tasks. Thus, the pre-training is not suitable for final tasks. Performance at each layer can be assessed (using linear classifiers) to figure out which layer’s features to use for the transfer tasks.

A popular and common method for self supervised learning is to learn features that are robust to data augmentation. Learn features such that,

Features produced by the network for an image should be stable under different types of data augmentation techniques. This property is extremely useful because the features are going to be invariant to the nuisance factors. 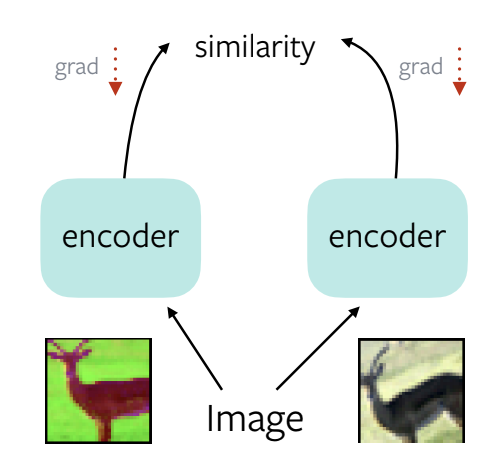 Take an image, apply two different data augmentations to it, feed it through encoder, compute the similarity. Get the gradients and backpropagate. The network then learns to produce a constant representation for both augmentations.

Trivial Solution: Produce the same features for all input images. The representations collapse and become unusable for downstream recognition tasks.

For evaluation, a subset of the Imagenet dataset (1.3 million images over 1000 categories) without labels is used to pre-train a randomly initialized Resnet-50 model.

What are the different ways to perform transfer learning and evaluate its performance? 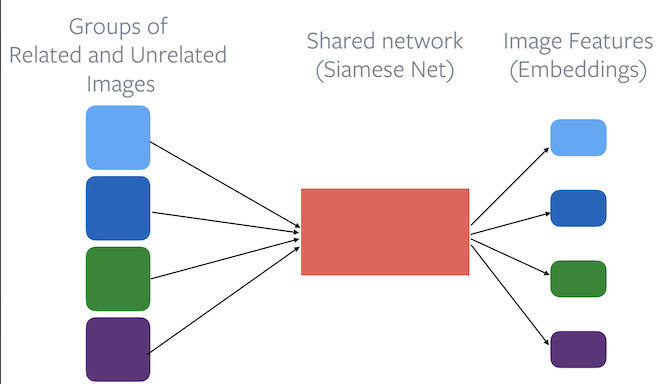 Figure 2: The use of a base encoder in Contrastive Learning 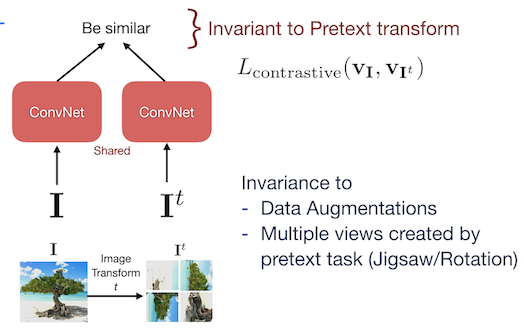 An image $I$ and its augmentation $I^t$ is passed through the network and the contrastive learning loss is applied in such a way that the network becomes invariant to the pretext task. The aim is to achieve high similarity for image and patch features belonging to the same image. And low similarity for features from other random images. The pretext task of PIRL tries to achieve invariance over data augmentations rather than predicting the data augmentation. 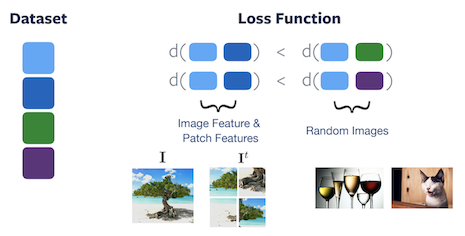 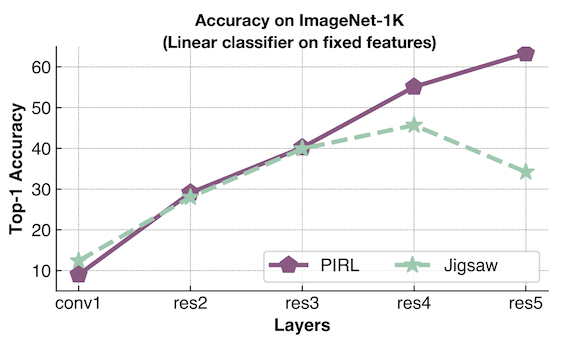 Figure 5: Performance of pretraining using PIRL vs Jigsaw at each layer

There are many ways to obtain samples that make up related (positive) and unrelated (negative) pairs:

What is the fundamental property of Contrastive Learning that prevents trivial solutions? 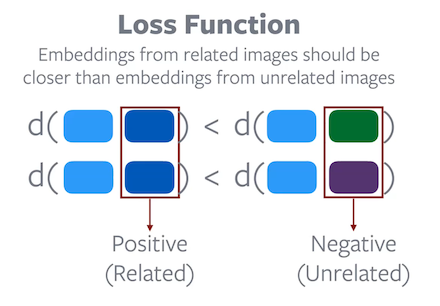 The objective function of Contrastive Learning is designed to prevent trivial solutions. The aim of the function is to make sure the distance between positive embedding pairs are smaller than the distance between negative embedding pairs. Hence, a trivial solution, where a constant distance is assigned to all embedding pairs, is impossible to attain through a minimization process on the given objective function. However, research has shown that good negative pairs are crucial for Contrastive Learning to work well.

In SimCLR, Simple Framework for Contrastive Learning of Visual Representations, two correlated views of an image are created using augmentations like random cropping, resize, color distortions and Gaussian blur. A base encoder is used along with a projection head to obtain representations that are used to perform contrastive learning.

It utilizes a large batch size to generate negative samples. The batch can be spread across multiple GPUs independently. Images from one GPU could be considered as negatives for those from another GPU.

How do we solve the compute problem in the SimcLR?

MoCo, or, Momentum Contrast, is a contrastive method that utilizes a memory bank to maintain a momentum of activations. It works by using 2 encoders. The $f_{\vtheta}$ encoder is the encoder that needs to be learnt. $f_{\vtheta_{\text{EMA}}}$ encoder maintains an exponential moving average of $f_{\vtheta}$.

How CL and clustering are related to one another?

In Constrastive Learning, each sample has corresponding positives and negatives, and the aim of the learning task is to try and bring together positive embeddings, while pushing apart negative embeddings. Essentially we are creating groups within the feature space.

Clustering, on the other hand, is a more direct way to achieve grouping, as it naturally creates groups in the feature space. 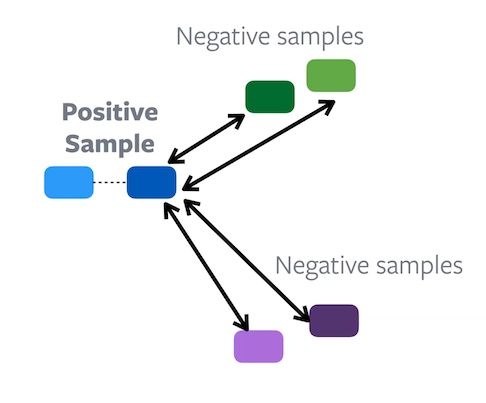 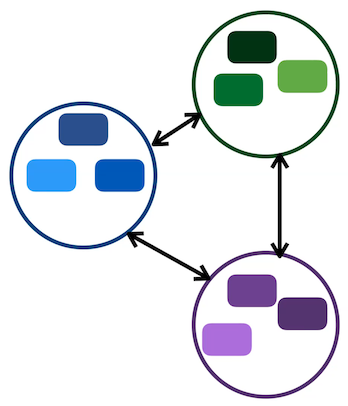 The SwAV (Swapping Assignments between Views) algorithm is an online clustering method. The idea here is to maximize the similarity of a given image $I$ and augmentation of that image $\text{augment}(I)$ and, in doing so, ensure they belong to the same cluster.

Samples and their augmentations are represented by different shades of the same color. The similarity of each sample’s embedding with each of the prototypes (cluster-centers) is computed. The sample is then assigned to the prototype with the highest similarity. The aim of the network is to assign an image and its augmentation to the same prototype.

Can it lead to any trivial solution?

A trivial solution is possible where every sample is assigned to the same group/cluster/prototype. This would cause a collapsed representation for any given input.

How to avoid trivial solution?

Consider the case where we have a high class imbalance. If we use the equipartition method, then won’t that give inacurate results?

Soft assignment solves this problem by representing a lot more classes (logically) than hard assignment. It gives a richer representation and is less sensitive to $k$ (number of classes) and hence $k/n$. However, if hard assignment is used, the class imbalance and the fixed value of $n/k$ will create inaccuracies.

2 crops from an image are passed through the network to compute the corresponding codes. The $2^{\text{nd}}$ code is then predicted from the $1^{\text{st}}$ embedding and vice versa. This task forces the network to become invariant to data augmentations. Gradients are backpropagated onto the prototypes as well. Hence this model is updated in an online manner.

Pretraining on ImageNet without labels:

Even though ImageNet without labels can be used for self supervised learning, there is an inherent bias in the dataset due to the curation/hand-selection process involved.

Figure 12: Example of a problematic image from a non-imagenet dataset

Consider the above image. One crop has a refrigerator and the other crop could be that of a table/chair. The algorithm would try to create similar embeddings for both of them, because they belong to the same image. This is not what we expect from the training process.

Real world data has very different distributions. They may sometimes even be cartoon images or memes, and there is no guarantee that an image will contain a single (or sometimes, any) prominent object.