The inference of a transcription from a given audio signal can be formulated using 2 distributions:

The final inference is obtained by taking sum of the log probabilities of the above two, i.e.

We use the additional term to ensure the transcription is consistent with the rules of the language. Else we may get grammatically wrong transcription.

However, we can end up missing out a good sequence, which may not have the maximum value of $P(\vy_{t} \mid …)$, as illustrated by the example below. 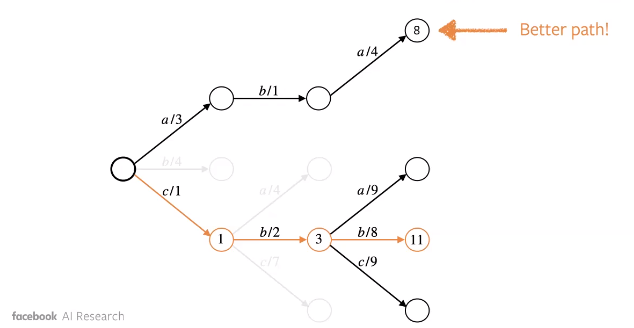 To remedy this, we employ beam search. Essentially, we consider maximum $k$ tokens in terms of probability at each step $t$ of the sequence. For each of these n-grams, we proceed further and find out the maximum.

The illustration below shows how Beam Search can lead to a better sequence. 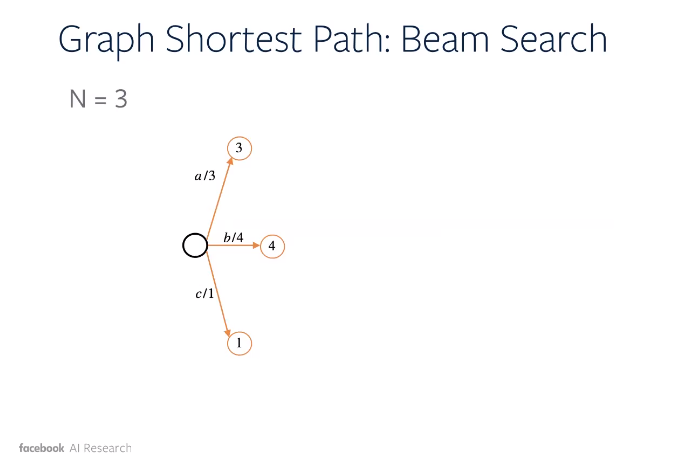 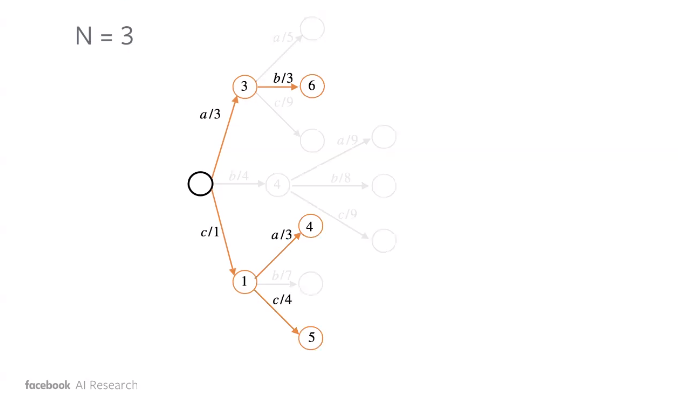 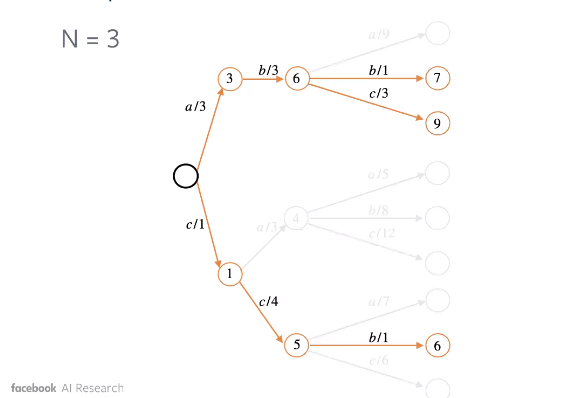 We have previously seen Weighted Finite State Automata (WFSA) being used to represent the alignment graphs, as shown before.

It turns out that lots of the sequence criteria like connection temporal classification (CTC) can be specified as the difference between two forward scores.

Other common loss functions in ASR:

Lines of code for CTC: Custom vs GTN

The bold circle is the starting state and the accepting state is the one with concentric circles.

A simple WFSA which recognizes aa or ab

These graphs are called transducers because they map input sequences to output sequences.

A simple WFST that recognizes ab to xz and bb to yz.

The union accepts a sequence if it is accepted by any of the input graphs.

Similar to matrix multiplication or convolution. This operation is probably the most important in GTNs. 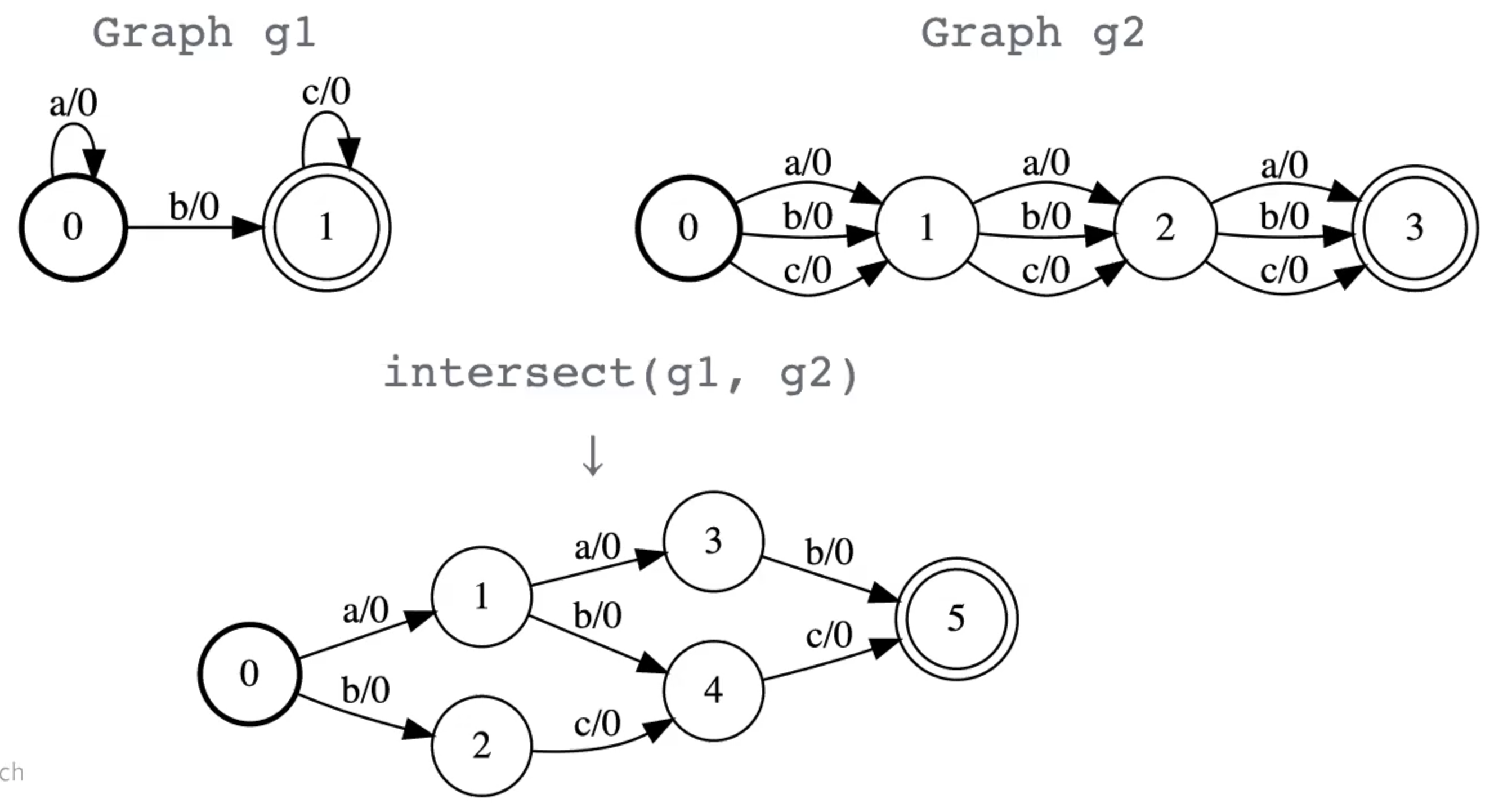 It is basically the same thing as intersection but for transducers instead of acceptors. 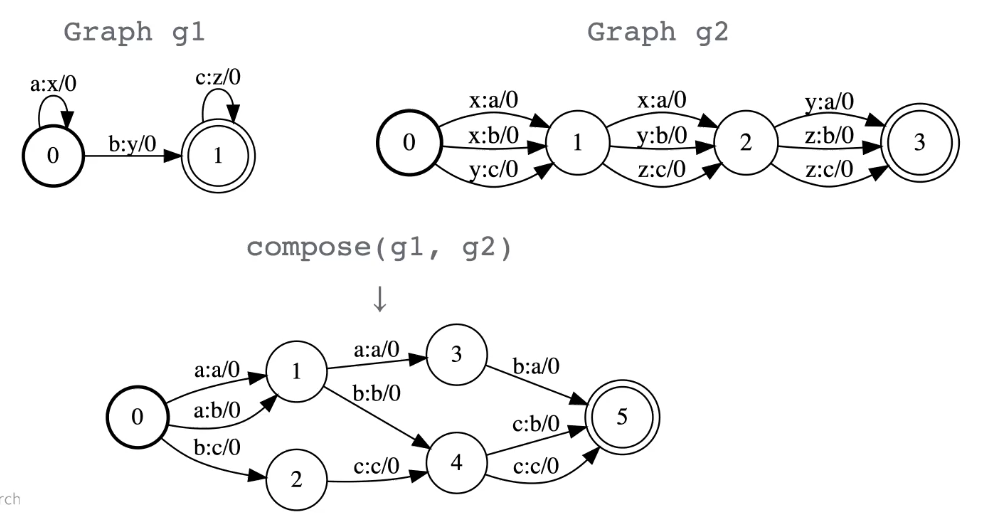 Assumes the graph is DAG and an efficient dynamic programming algorithm.

Figure 11: Forward Score is the Softmax of the Paths

Think of it between two nodes we have logits.

This is not CTC but approaches CTC.

The only difference is the target which makes it very easy to try different algorithms and the GTN framework is supposed to be similar to PyTorch with different data structure and operations.