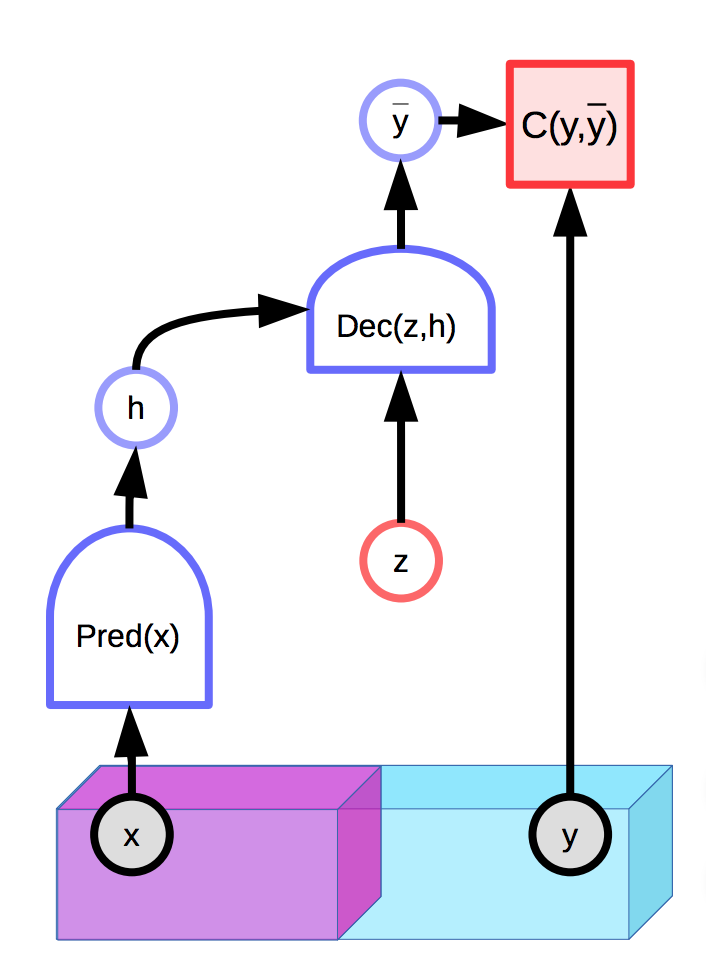 Fig. 1: Example of an EBM with a latent variable

Unfortunately, if the latent variable $z$ has too much expressive power in producing the final prediction $\overline{y}$, every true output $y$ will be perfectly reconstructed from input $x$ with an appropriately chosen $z$. This means that the energy function will be 0 everywhere, since the energy is optimized over both $y$ and $z$ during inference.

This method will limit the volume of space of $z$ which takes a small value and the value which will, in turn, controls the space of $y$ that has low energy. The value of $\lambda$ controls this tradeoff. A useful example of $R$ is the $L_1$ norm, which can be viewed as an almost everywhere differentiable approximation of effective dimension. Adding noise to $z$ while limiting its $L_2$ norm can also limit its information content (VAE).

Sparse coding is an example of an unconditional regularized latent-variable EBM which essentially attempts to approximate the data with a piecewise linear function.

The $n$-dimensional vector $z$ will tend to have a maximum number of non-zero components $m « n$. Then each $Wz$ will be elements in the span of $m$ columns of $W$.

After each optimization step, the matrix $W$ and latent variable $z$ are normalized by the sum of the $L_2$ norms of the columns of $W$. This ensures that $W$ and $z$ do not diverge to infinity and zero.

FISTA (fast ISTA) is an algorithm that optimizes the sparse coding energy function $E(y,z)$ with respect to $z$ by alternately optimizing the two terms $\Vert y - Wz\Vert^2$ and $\lambda \Vert z\Vert_{L^1}$. We initialize $Z(0)$ and iteratively update $Z$ according to the following rule:

FISTA is too expensive to apply to large sets of high-dimensional data (e.g. images). One way to make it more efficient is to instead train a network to predict the optimal latent variable $z$: 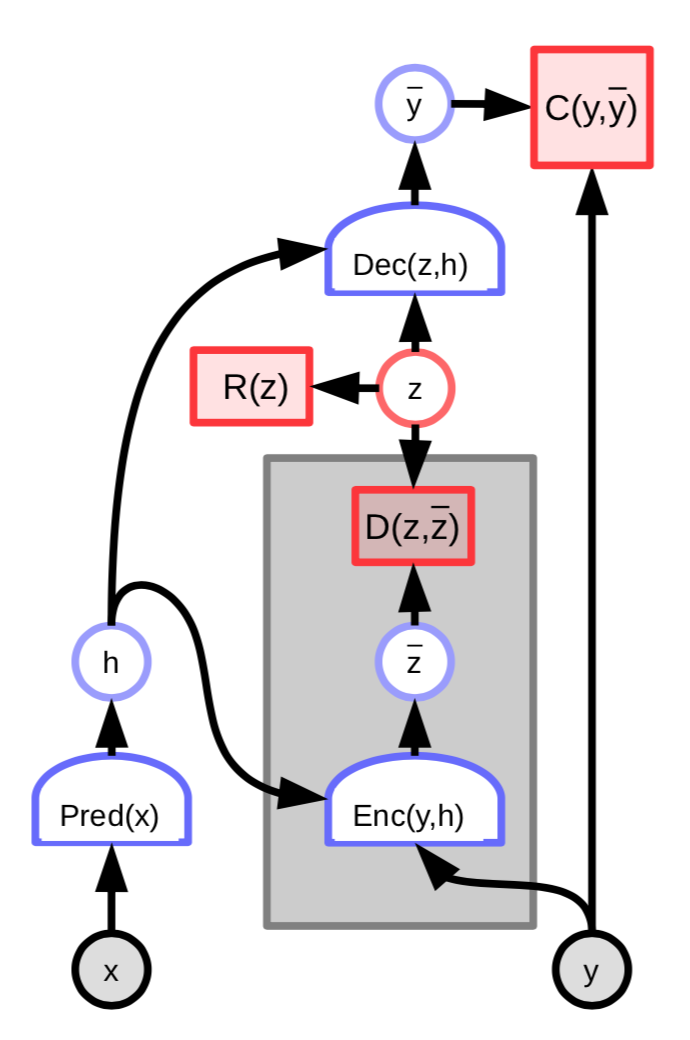 We can further define

This update rule can be interpreted as a recurrent network, which suggests that we can instead learn the parameters $W_e$ that iteratively determine the latent variable $z$. The network is run for a fixed number of time steps $K$ and the gradients of $W_e$ are computed using standard backpropagation-through-time. The trained network then produces a good $z$ in fewer iterations than the FISTA algorithm.

Fig. 4: LISTA as a recurrent net unfolded through time.

When a sparse coding system with 256 dimensional latent vector is applied to MNIST handwritten digits, the system learns a set of 256 strokes that can be linearly combined to nearly reproduce the entire training set. The sparse regularizer ensures that they can be reproduced from a small number of strokes.

Fig. 5: Sparse coding on MNIST. Each image is a learned column of $W$.

When a sparse coding system is trained on natural image patches, the learned features are Gabor filters, which are oriented edges. These features resemble features learned in early parts of animal visual systems.

Suppose, we have an image and the feature maps ($z_1, z_2, \cdots, z_n$) of the image. Then we can convolve ($*$) each of the feature maps with the kernel $K_i$. Then the reconstruction can be simply calculated as:

This is different from the original sparse coding where the reconstruction was done as $Y=\sum_{i}W_iZ_i$. In regular sparse coding, we have a weighted sum of columns where the weights are coefficients of $Z_i$. In convolutional sparse coding, it is still a linear operation but the dictionary matrix is now a bunch of feature maps and we convolve each feature map with each kernel and sum up the results.

The filters in the encoder and decoder look very similar. Encoder is simply a convolution followed by some non-linearity and then a diagonal layer to change the scale. Then there is sparsity on the constraint of the code. The decoder is just a convolutional linear decoder and the reconstruction here is the square error.

So, if we impose that there is only one filter then it is just a centre surround type filter. With two filters, we can get some weird shaped filters. With four filters, we get oriented edges (horizontal and vertical); we get 2 polarities for each of the filters. With eight filters we can get oriented edges at 8 different orientations. With 16, we get more orientation along with the centres around. As we go on increasing the filters, we get more diverse filters that is in addition to edge detectors, we also get grating detectors of various orientations, centres around, etc.

This phenomenon seems to be interesting since it is similar to what we observe in the visual cortex. So this is an indication that we can learn really good features in a completely unsupervised way.

As a side use, if we take these features and plug them in a convolutional net and then train them on some task, then we don’t necessarily get better results than training an image net from scratch. However, there are some instances where it can help to boost performance. For instance, in cases where the number of samples are not large enough or there are few categories, by training in a purely supervised manner, we get degenerate features.

The figure above is another example on colour images. The decoding kernel (on the right side) is of size 9 by 9. This kernel is applied convolutionally over the entire image. The image on the left is of the sparse codes from the encoder. The $Z$ vector is very sparse space where there are just few components that are white or black (non-grey).

Variational Autoencoders have an architecture similar to Regularized Latent Variable EBM, with the exception of sparsity. Instead, the information content of the code is limited by making it noisy. 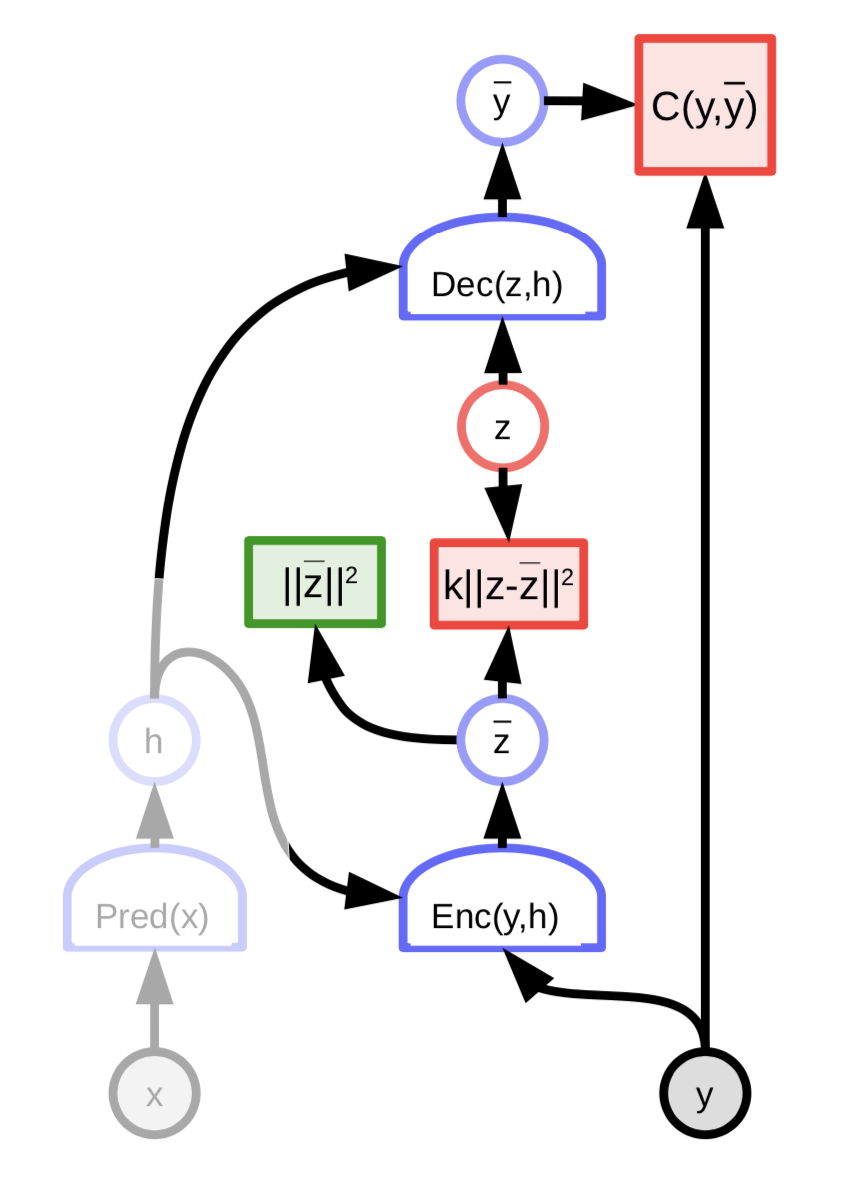 The code vectors with added Gaussian noise can be visualized as fuzzy balls as shown in Fig. 9(a).

But we want the fuzzy balls to cluster around a data manifold, if there is one. So, the code vectors are regularized to have a mean and variance close to zero. To do this, we link them to the origin by a spring as shown in Fig. 10. 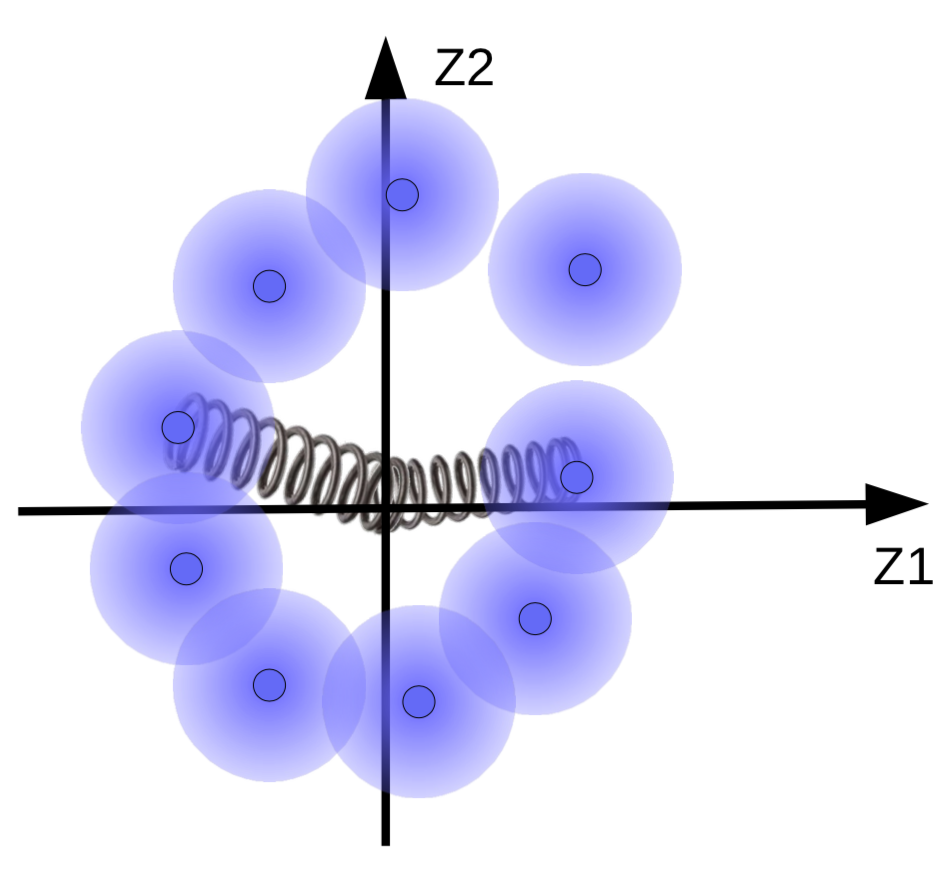 It is also possible to adapt the size of the fuzzy balls. This is limited by a penalty function (KL Divergence) that tries to make the variance close to 1 so that the size of the ball is neither too big nor too small that it collapses.