Can you tell which face is fake in Fig. 1? In fact, both of them are produced by the StyleGan2 generator. Although the facial details are very realistic, the background looks weird (left: blurriness, right: misshapen objects). This is because the neural network is trained on faces samples. The background then has a much higher variability. Here the data manifold has roughly 50 dimensions, equal to the degrees of freedom of a face image. 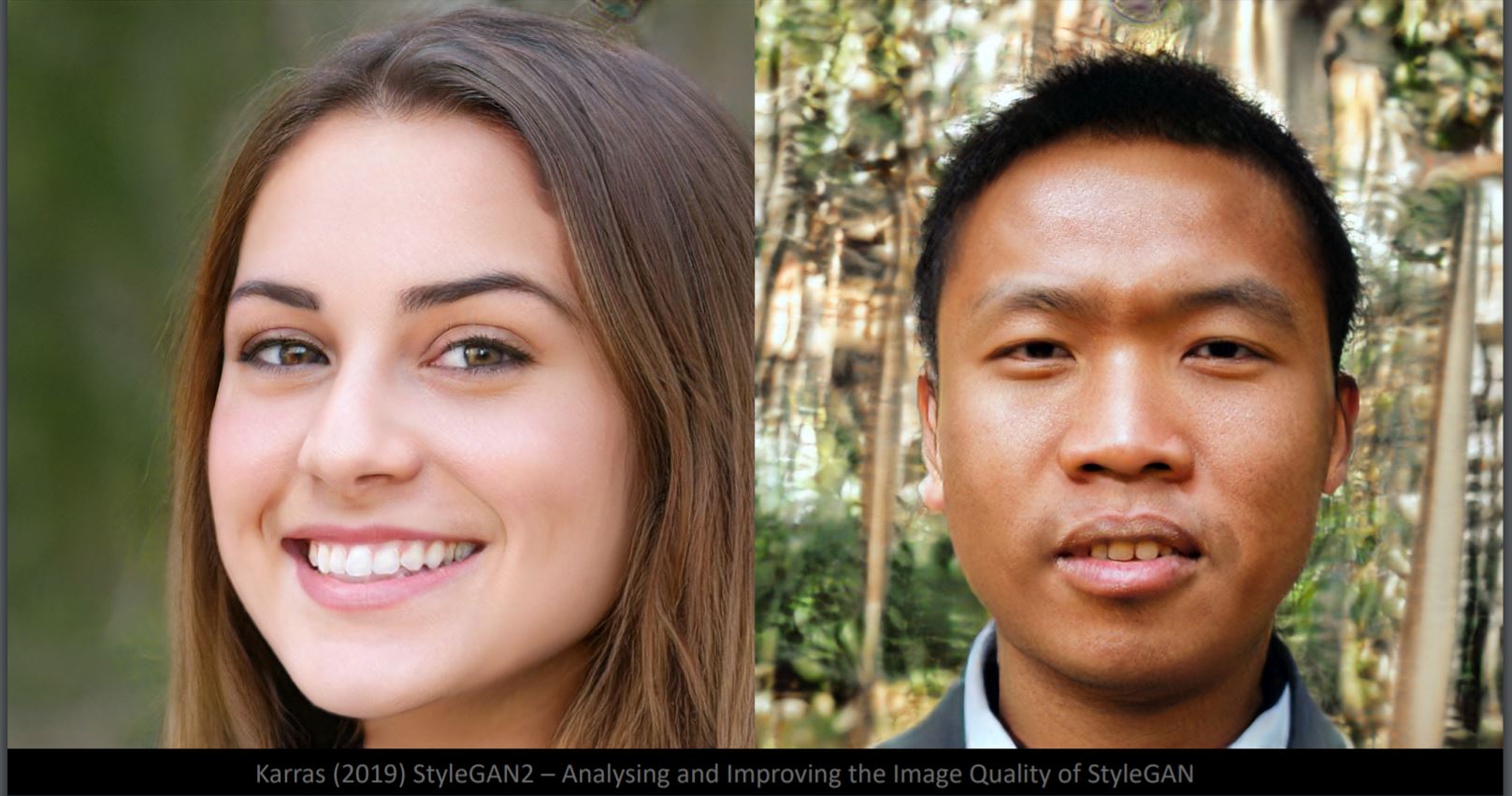 Difference of Interpolation in Pixel Space and Latent Space 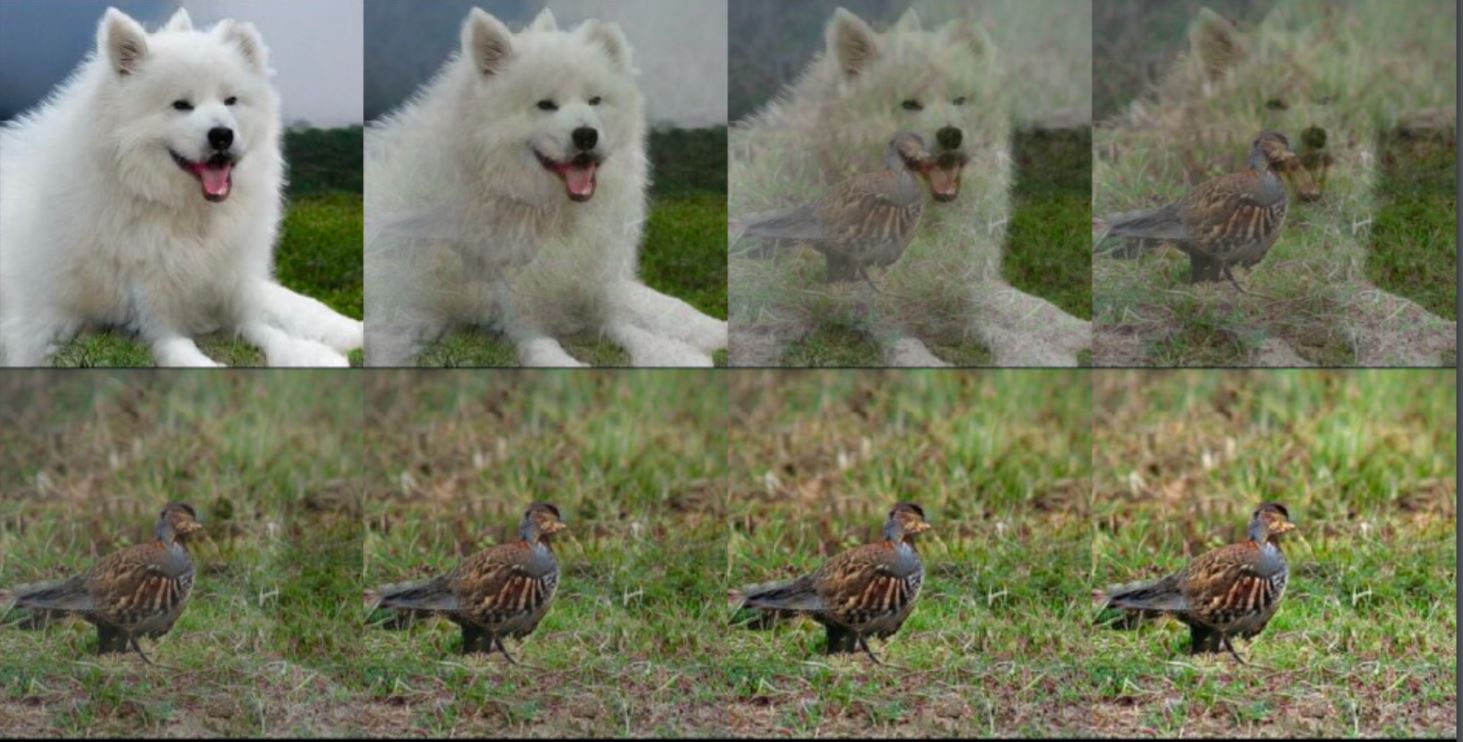 If we interpolate on two latent space representation and feed them to the decoder, we will get the transformation from dog to bird in Fig. 4. 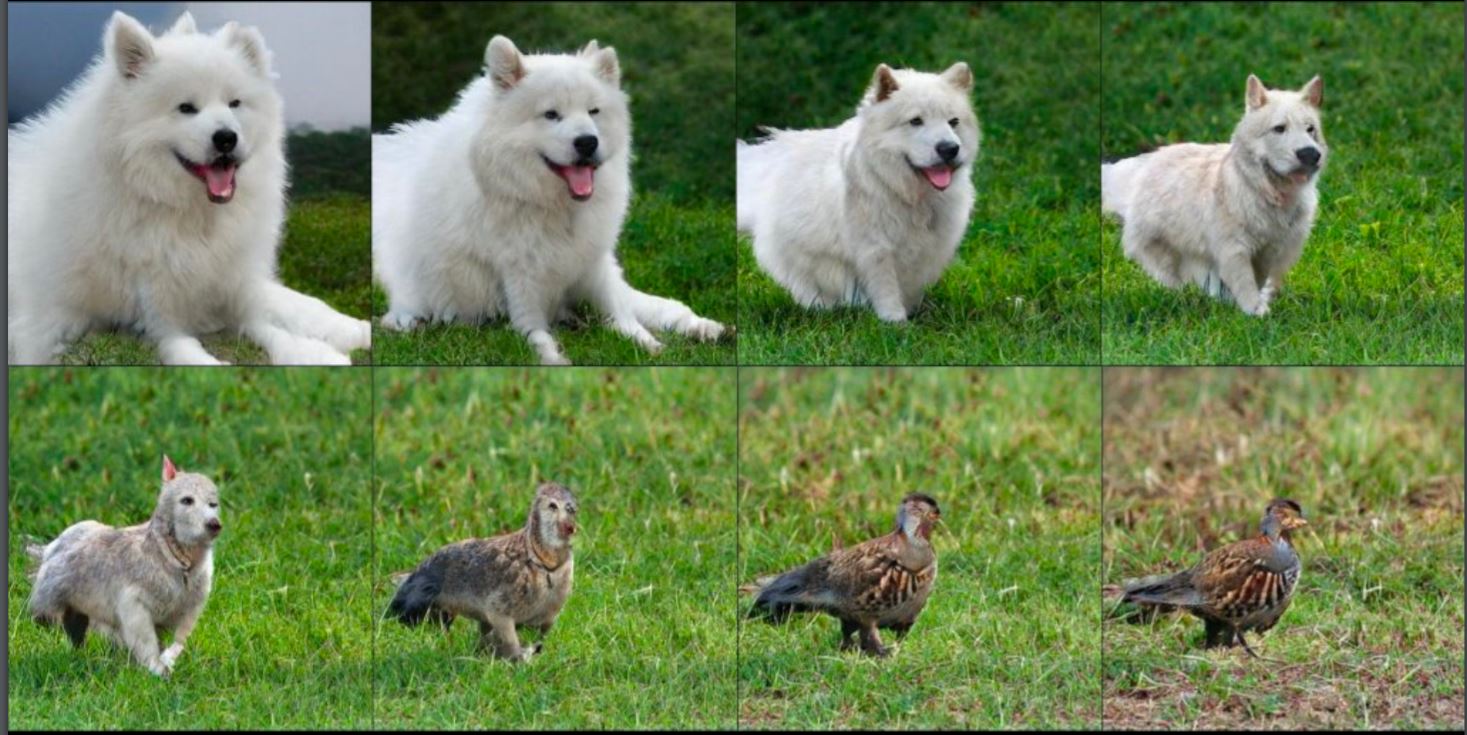 Fig. 4: Results after feeding into decoder

Obviously, latent space is better at capturing the structure of an image.

Fig. 8: Rotation (Note that the rotation could be 3D)

This model aims to upscale images and reconstruct the original faces. From left to right in Fig. 9, the first column is the 16x16 input image, the second one is what you would get from a standard bicubic interpolation, the third is the output generated by the neural net, and on the right is the ground truth. (https://github.com/david-gpu/srez) 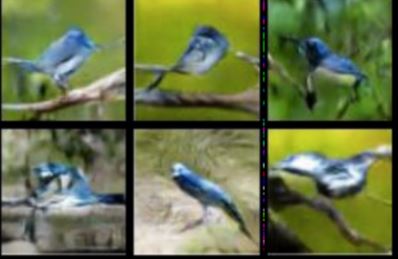 The translation from text description to image in Fig. 12 is achieved by extracting text features representations associated with important visual information and then decoding them to images. 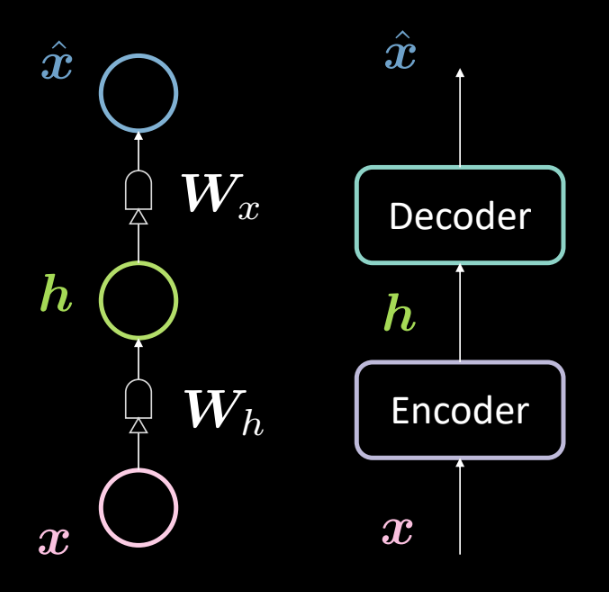 Fig. 13: Architecture of a basic autoencoder

Fig. 13 shows the architecture of a basic autoencoder. As before, we start from the bottom with the input $\boldsymbol{x}$ which is subjected to an encoder (affine transformation defined by $\boldsymbol{W_h}$, followed by squashing). This results in the intermediate hidden layer $\boldsymbol{h}$. This is subjected to the decoder(another affine transformation defined by $\boldsymbol{W_x}$ followed by another squashing). This produces the output $\boldsymbol{\hat{x}}$, which is our model’s prediction/reconstruction of the input. As per our convention, we say that this is a 3 layer neural network.

We can represent the above network mathematically by using the following equations:

We also specify the following dimensionalities:

Note: In order to represent PCA, we can have tight weights (or tied weights) defined by $\boldsymbol{W_x}\ \dot{=}\ \boldsymbol{W_h}^\top$

Why are we using autoencoders?

At this point, you may wonder what the point of predicting the input is and what are the applications of autoencoders.

Let us now look at the reconstruction losses that we generally use. The overall loss for the dataset is given as the average per sample loss i.e.

When the input is categorical, we could use the Cross-Entropy loss to calculate the per sample loss which is given by

And when the input is real-valued, we may want to use the Mean Squared Error Loss given by 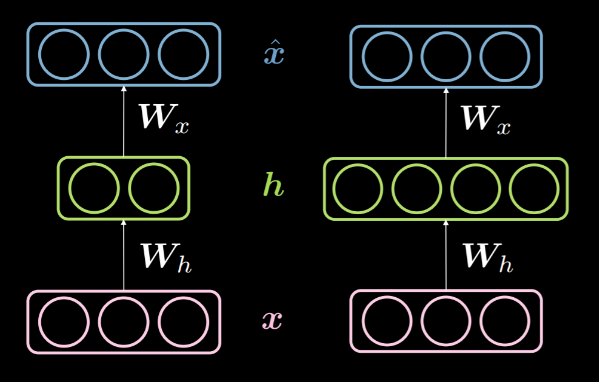 As discussed above, an under-complete hidden layer can be used for compression as we are encoding the information from input in fewer dimensions. On the other hand, in an over-complete layer, we use an encoding with higher dimensionality than the input. This makes optimization easier.

Since we are trying to reconstruct the input, the model is prone to copying all the input features into the hidden layer and passing it as the output thus essentially behaving as an identity function. This needs to be avoided as this would imply that our model fails to learn anything. Hence, we need to apply some additional constraints by applying an information bottleneck. We do this by constraining the possible configurations that the hidden layer can take to only those configurations seen during training. This allows for a selective reconstruction (limited to a subset of the input space) and makes the model insensitive to everything not in the manifold.

It is to be noted that an under-complete layer cannot behave as an identity function simply because the hidden layer doesn’t have enough dimensions to copy the input. Thus an under-complete hidden layer is less likely to overfit as compared to an over-complete hidden layer but it could still overfit. For example, given a powerful encoder and a decoder, the model could simply associate one number to each data point and learn the mapping. There are several methods to avoid overfitting such as regularization methods, architectural methods, etc.

Fig.15 shows the manifold of the denoising autoencoder and the intuition of how it works. 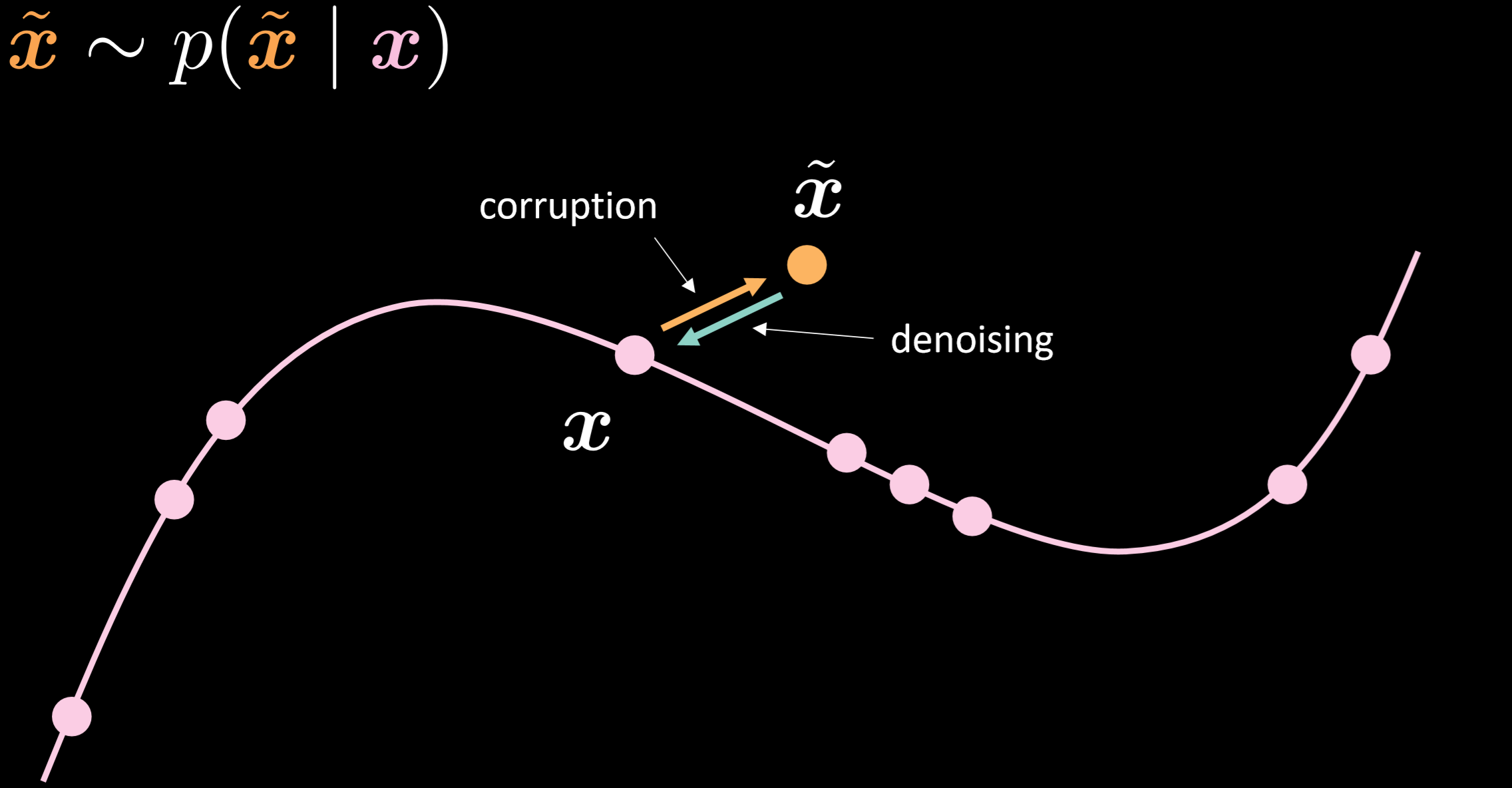 In this model, we assume we are injecting the same noisy distribution we are going to observe in reality, so that we can learn how to robustly recover from it. By comparing the input and output, we can tell that the points that already on the manifold data did not move, and the points that far away from the manifold moved a lot.

Fig.16 gives the relationship between the input data and output data. 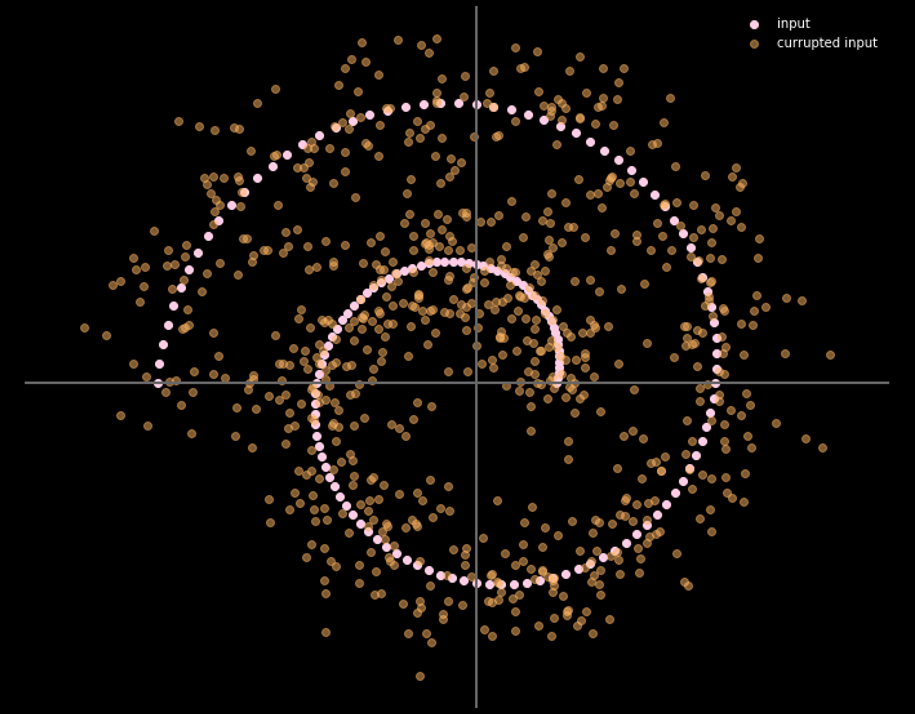 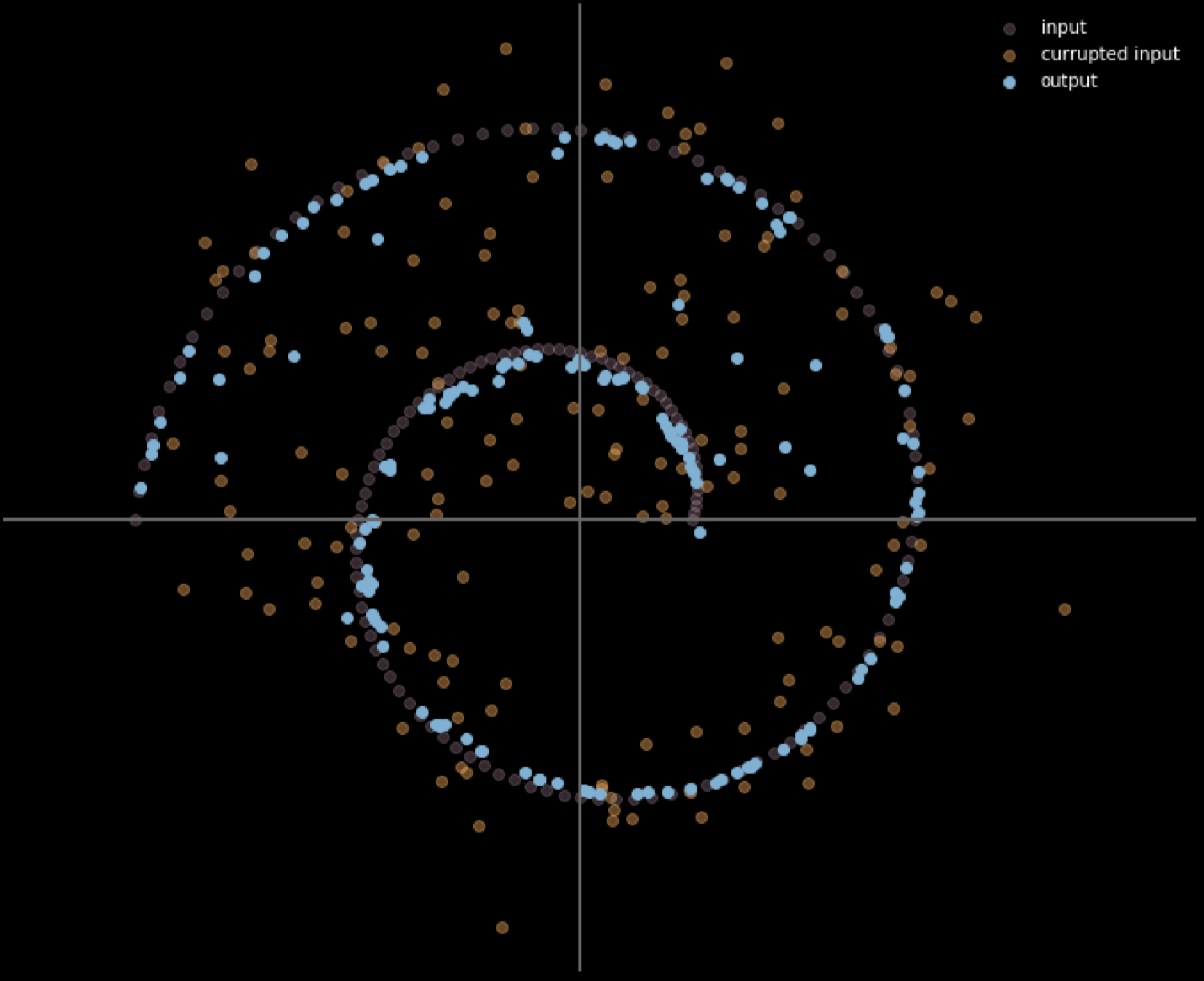 We can also use different colours to represent the distance of each input point moves, Fig.17 shows the diagram. 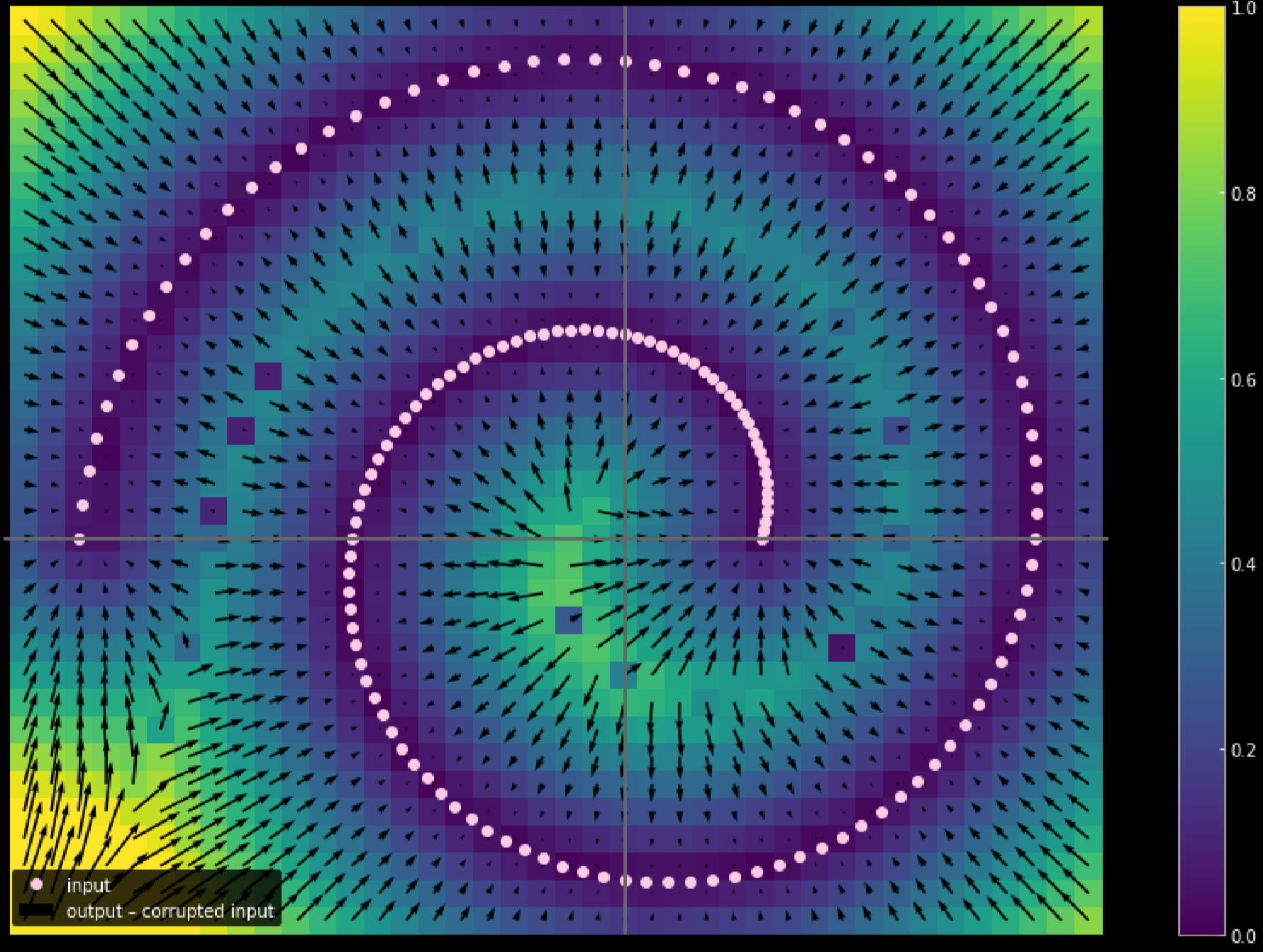 Fig. 17: Measuring the traveling distance of the input data

The lighter the colour, the longer the distance a point travelled. From the diagram, we can tell that the points at the corners travelled close to 1 unit, whereas the points within the 2 branches didn’t move at all since they are attracted by the top and bottom branches during the training process.

Fig.18 shows the loss function of the contractive autoencoder and the manifold. 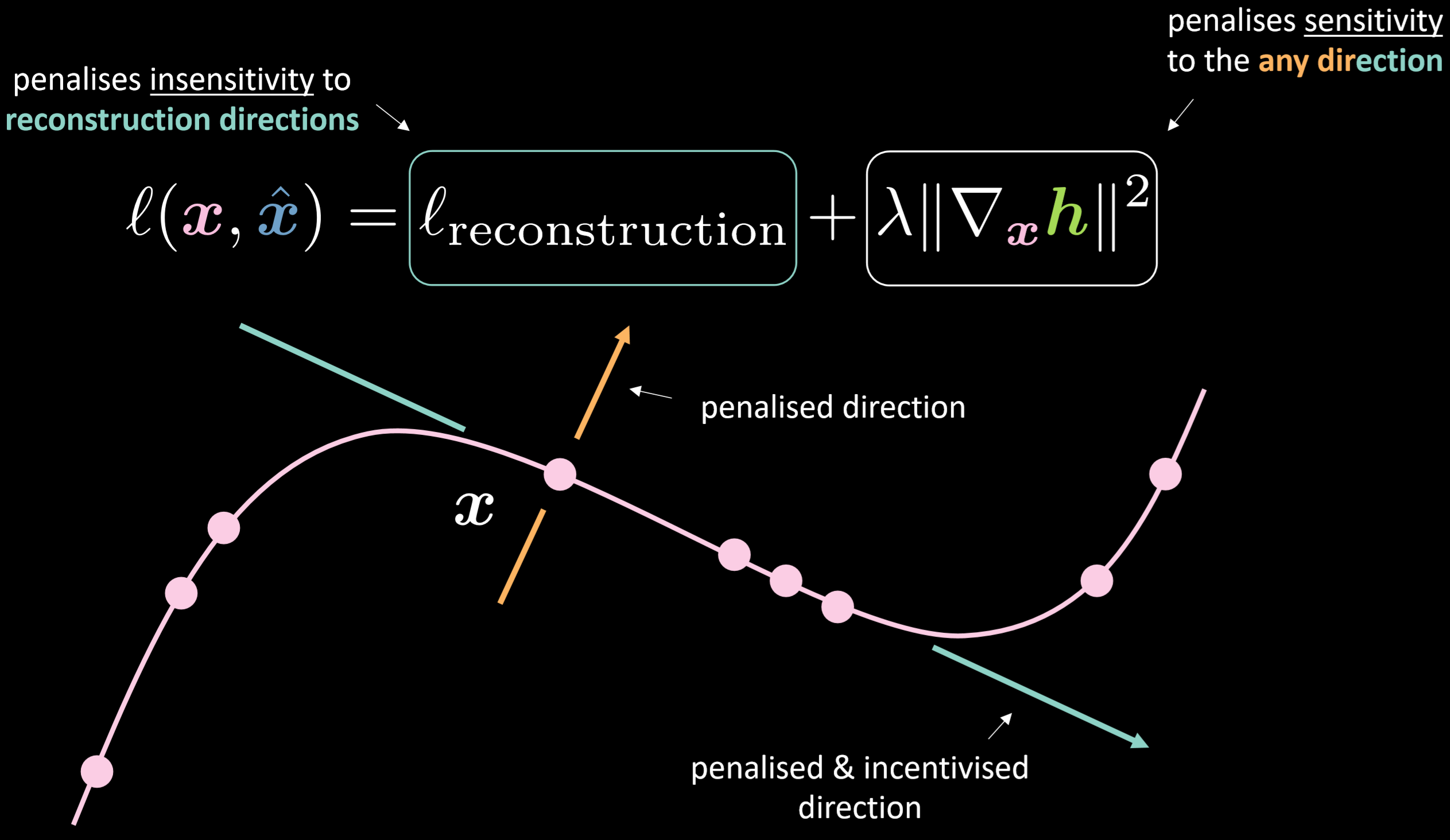 The loss function contains the reconstruction term plus squared norm of the gradient of the hidden representation with respect to the input. Therefore, the overall loss will minimize the variation of the hidden layer given variation of the input. The benefit would be to make the model sensitive to reconstruction directions while insensitive to any other possible directions.

Fig.19 shows how these autoencoders work in general. 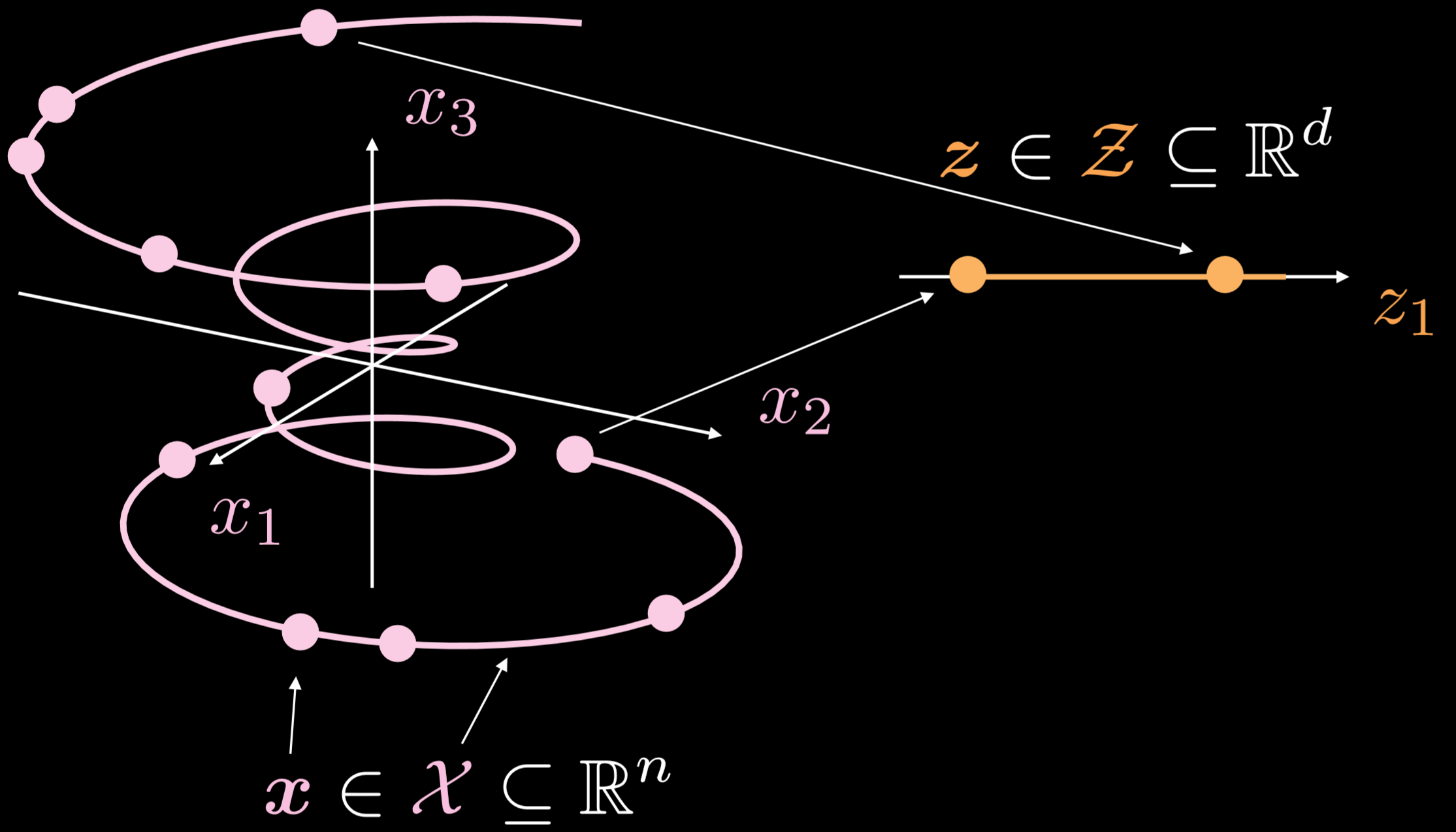 The training manifold is a single-dimensional object going in three dimensions. Where $\boldsymbol{x}\in \boldsymbol{X}\subseteq\mathbb{R}^{n}$, the goal for autoencoder is to stretch down the curly line in one direction, where $\boldsymbol{z}\in \boldsymbol{Z}\subseteq\mathbb{R}^{d}$. As a result, a point from the input layer will be transformed to a point in the latent layer. Now we have the correspondence between points in the input space and the points on the latent space but do not have the correspondence between regions of the input space and regions of the latent space. Afterwards, we will utilize the decoder to transform a point from the latent layer to generate a meaningful output layer.

The Jupyter Notebook can be found here.

Using $28 \times 28$ image, and a 30-dimensional hidden layer. The transformation routine would be going from $784\to30\to784$. By applying hyperbolic tangent function to encoder and decoder routine, we are able to limit the output range to $(-1, 1)$. Mean Squared Error (MSE) loss will be used as the loss function of this model.

To train a standard autoencoder using PyTorch, you need put the following 5 methods in the training loop:

3) Clear the gradient to make sure we do not accumulate the value: optimizer.zero_grad().
4) Back propagation: loss.backward()
5) Step backwards: optimizer.step()

Fig. 20 shows the output of the standard autoencoder. 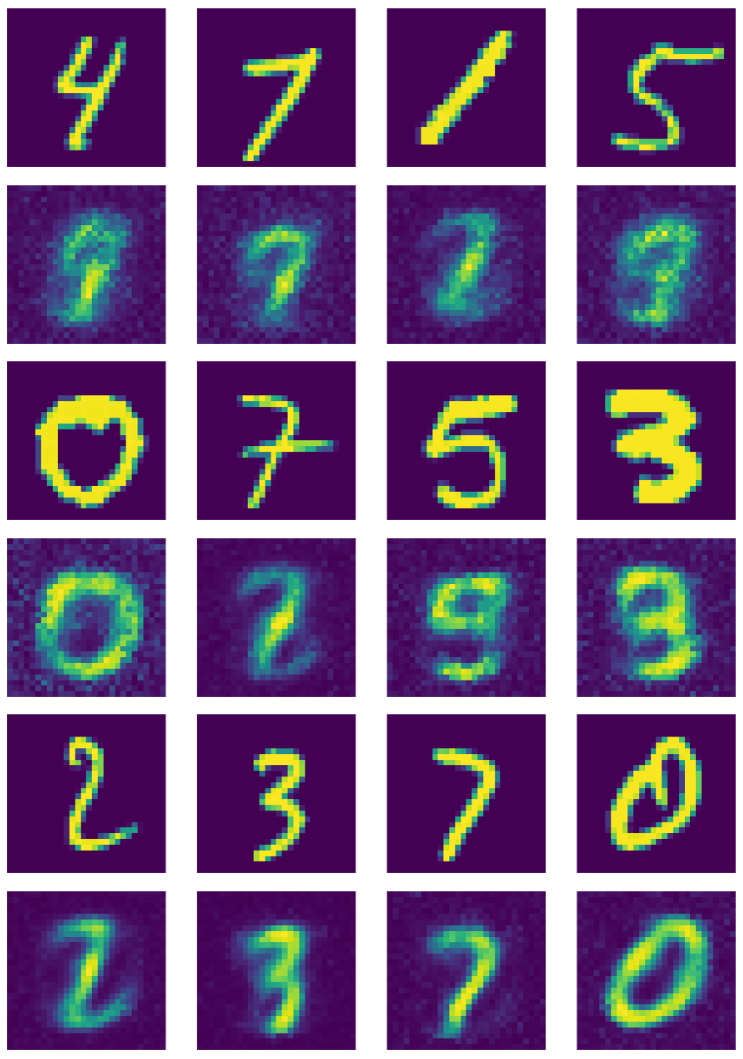 Fig. 21 shows the output of the denoising autoencoder. 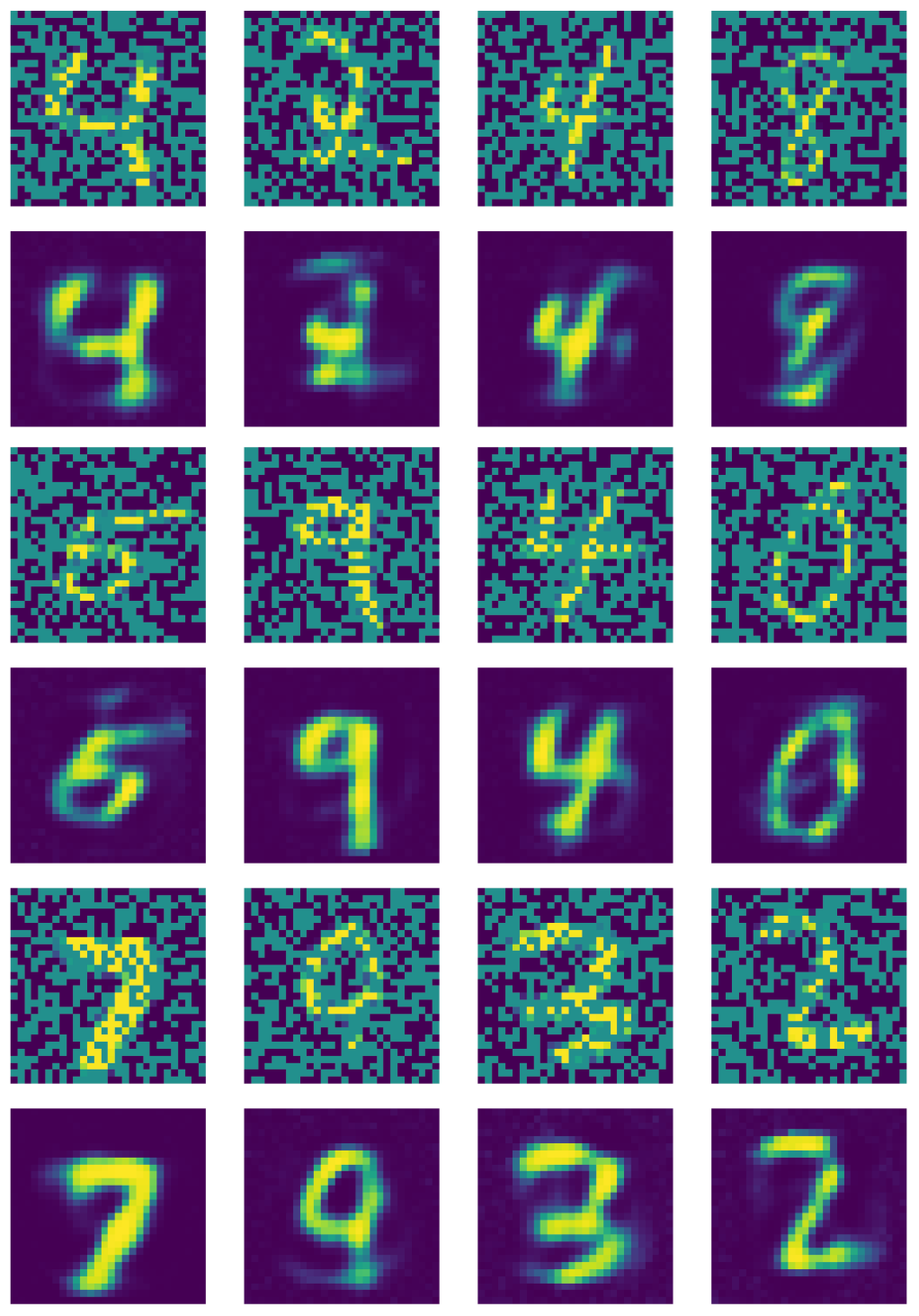 It is important to note that in spite of the fact that the dimension of the input layer is $28 \times 28 = 784$, a hidden layer with a dimension of 500 is still an over-complete layer because of the number of black pixels in the image. Below are examples of kernels used in the trained under-complete standard autoencoder. Clearly, the pixels in the region where the number exists indicate the detection of some sort of pattern, while the pixels outside of this region are basically random. This indicates that the standard autoencoder does not care about the pixels outside of the region where the number is. 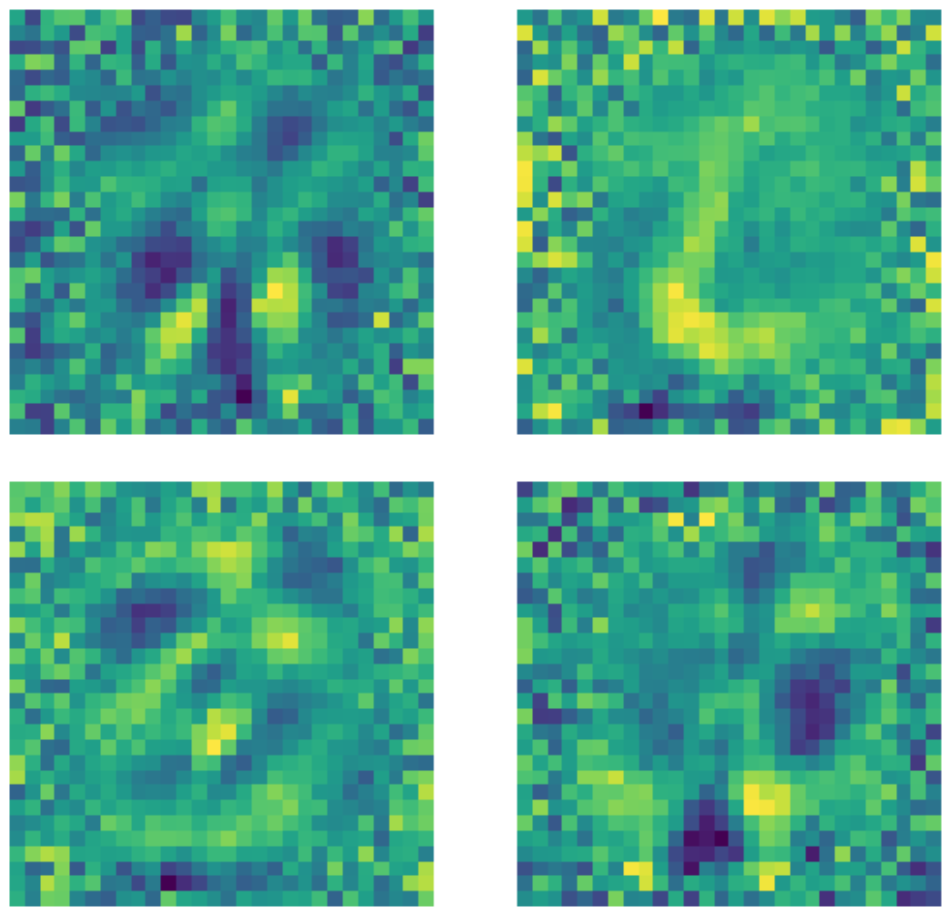 On the other hand, when the same data is fed to a denoising autoencoder where a dropout mask is applied to each image before fitting the model, something different happens. Every kernel that learns a pattern sets the pixels outside of the region where the number exists to some constant value. Because a dropout mask is applied to the images, the model now cares about the pixels outside of the number’s region. 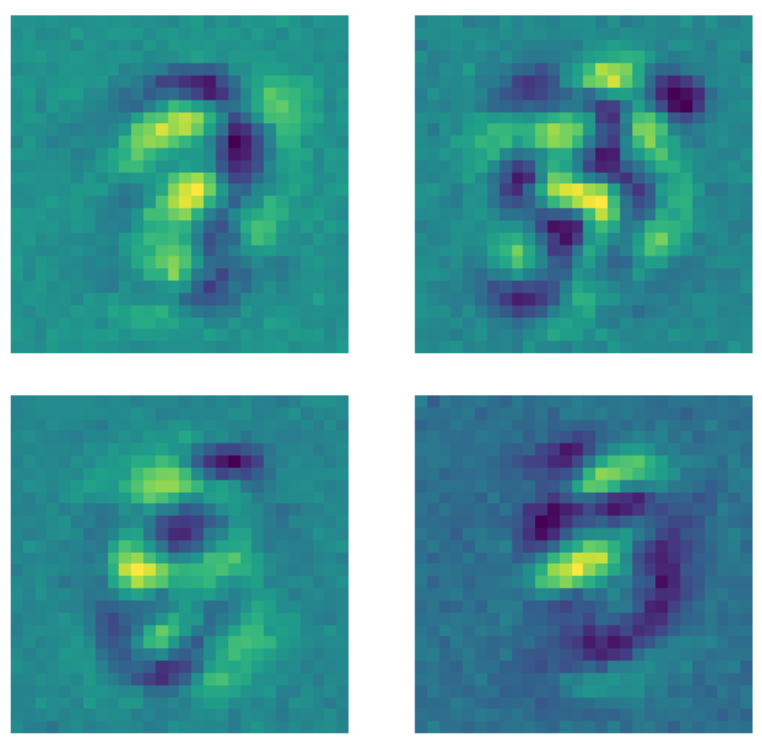 Compared to the state of the art, our autoencoder actually does better!! You can see the results below.